After being rolled out of the maintenance hangar in mid-March and a special livery to celebrate the cinema release of Dreamworks Animation's 'Kung Fu Panda 3', Jetstar Airbus A320 VH-VFX has finally visited Central Queensland, calling into Hamilton Island Airport on Thursday 31 March. 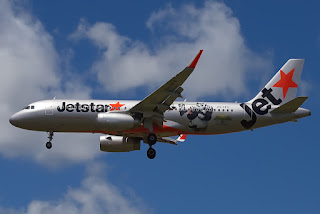 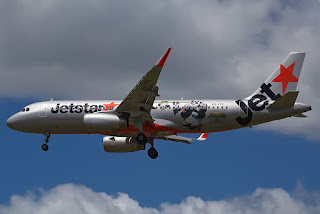 It was noted operating the JST846/849 service from and back to Sydney.

Meanwhile, fellow Jetstar A320 VH-VQG. which also wears a special livery promoting 'Snoopy and Charlie Brown: The Peanuts Movie', continues to visit CQ, popping into Hamo and Proserpine (Whitsunday Coast) Airport where it is shown on Monday 23 March.