Another day, another visit by the Queensland Government (State of Queensland) Raytheon Hawker 850XP bizjet VH-SGY which was captured arriving at Rockhampton Airport from Brisbane during the morning on Wednesday 30 March. 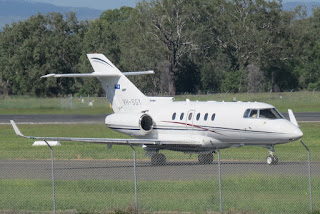 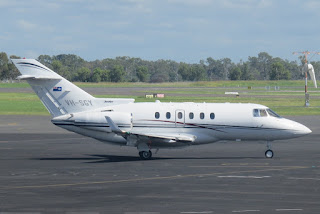 Local news reports showed that Queensland Deputy Premier Jackie Trad and other Ministers were in town for a series of engagements around Rocky and Yeppoon.

VH-SGY departed back to Brisbane a little later in the day.