During the afternoon on Wednesday 27 December, a massive storm passed through parts of Central Queensland with a concentrated cell hitting Emerald during the middle part of the afternoon.  At Emerald Airport, Privately owned Cessna U206 Super Skywagon VH-PQT was flipped by gust of wind and was spotted resting on its roof with substantial damage to the wings and tail. 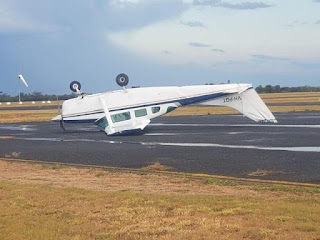 As these photos, which were generously shared by local plane spotters show, VH-PQT remains on the Emerald Airport General Aviation (GA) apron on Thursday 28 December (as shown below). 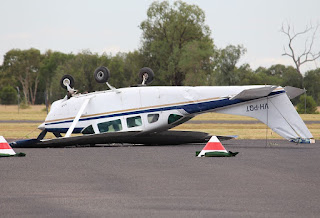 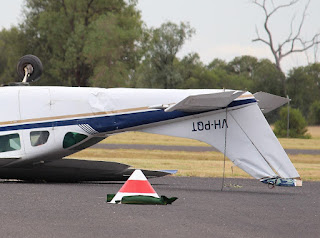 Of interest, VH-PQT was first registered in October 1965 (ex N8027Z).  It has previously been operated by Meredith Air Charters, of Meredith, Victoria, and was used for skydiving at various places including Corowa before being invilved in an incident at Meredith in 1985 when it landed long and overran the runway.   VH-PQT was later modified for aerial mapping and based at Archerfield with Australasian Mapping Services from 2007.  Its current operating status in generally unknown as it remains registered to the proprietor of Australian Mapping Service, but to my knowledge has rarely taken to the air and remained parked on the ground at Emerald Airport.