Also at Rockhampton Airport, also on Sunday 27 May, New Zealand-registered Pacific Aerospace (PAC) 750XL ZK-KDI was spotted visiting Rockhampton Airport.  It arrived from the Gold Coast having having arrived there from Hamilton (New Zealand) via Ardmore, Kerikeri, Norfolk Island and Lord Howe Island over the previous couple of days. 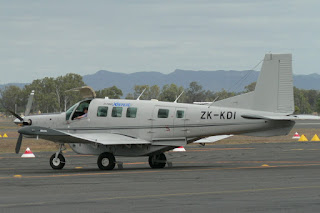 After taking on fuel, ZK-KDI continued further North to Cairns. 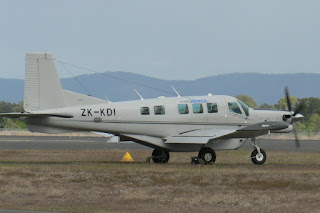 It is believed that ZK-KDI will be prepared in Cairns for delivery to the Papua New Guinea (PNG) Defence Force.

Sincere thanks to local plane spotter Don W for taking the time to capture and send through these great photos!