As we posted below, late on Wednesday 13 November, a pair of Australian Army Eurocopter (ARH) Tiger Armed Reconnaissance Helicopters arrived into Rockhampton Airport.  The two Tigers - flown by the 1st Aviation Regiment based at Darwin - were identified as A38-012, A38-022, and looked to fly up from the Oakey Army Aviation Centre.  They were heard to be using the radio callsign of "Knights Black". 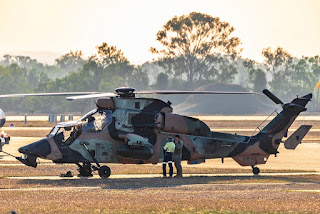 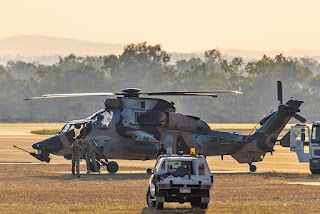 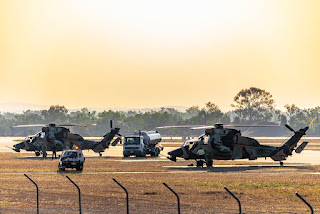 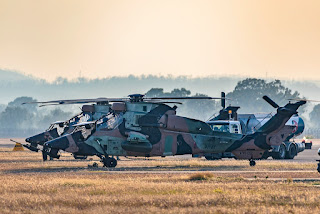 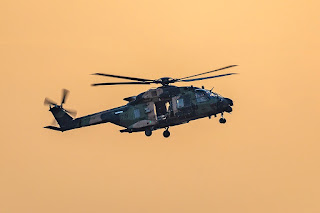 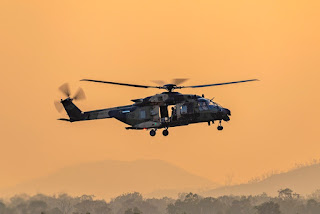 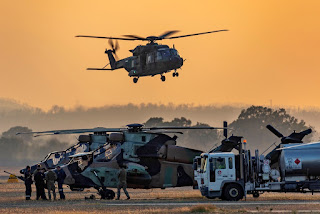 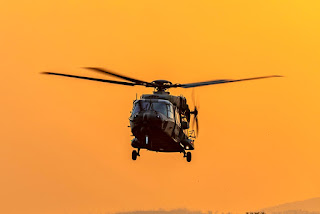 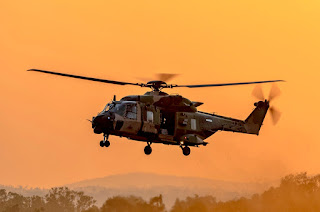 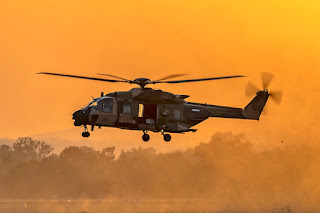 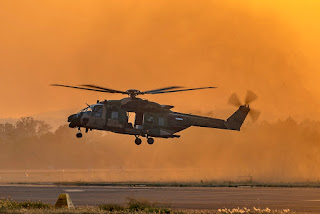 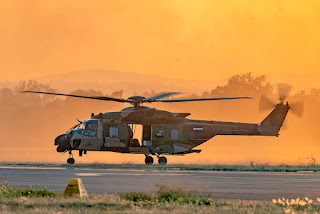 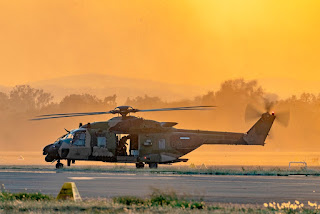 The two Tigers were later heard to depart Rockhampton Airport and fly towards Yeppoon and the Capricorn Coast region where it is believed that they are doing some nighttime mapping of the bushfire zone in the area.  They later returned to Rockhampton Airport where they spent the night parked. 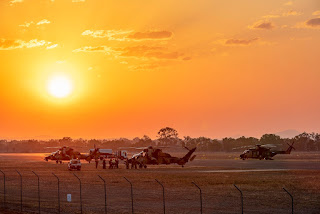 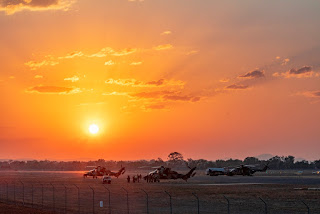 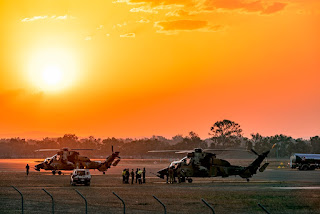 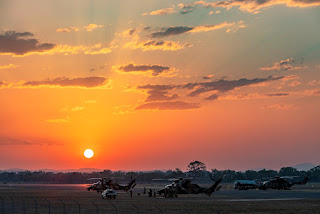 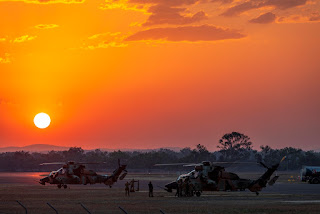 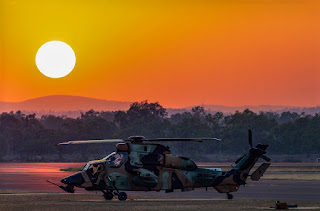 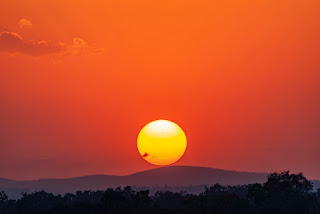 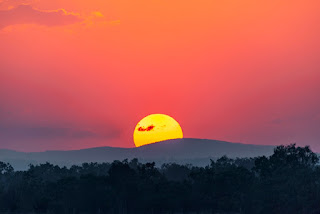 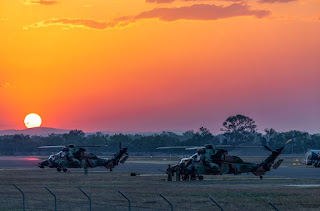 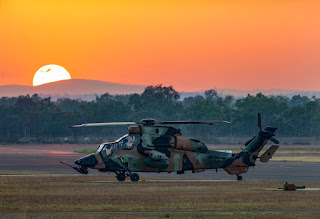 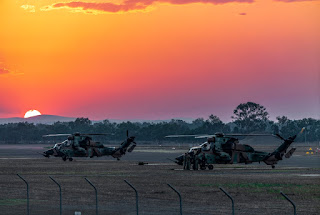 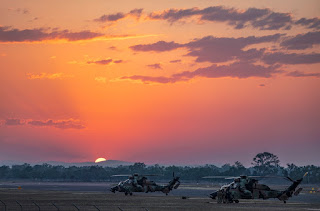 All photos taken by Russell Prothero  ©
Posted by Damian F at 8:14 AM