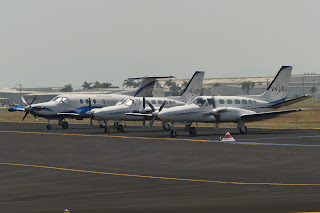 On Wednesday 13 November, Corporate Air  / Vee H Aviation SAAB 340B VH-VEF made an early morning arrival into Mackay Airport from Brisbane.  It was photographed later in the day resting quietly on the main parking apron. 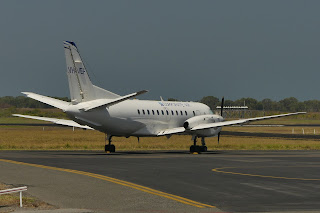 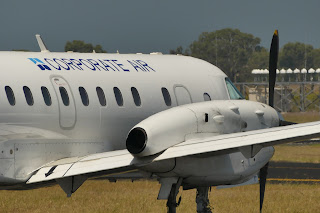 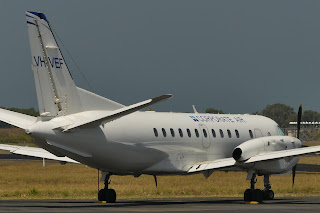 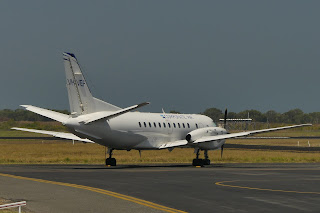 The SAAB was joined at Mackay Airport by fellow Corporate Air  / Vee H Aviation Cessna 441 Conquests VH-VEJ and VH-VEY which also both looked to arrive from Brisbane.  They were parked on the Western General Aviation Apron (WGA) at Mackay Airport. 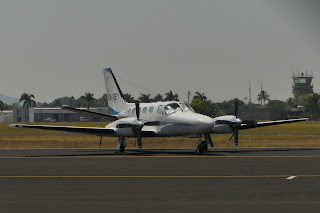 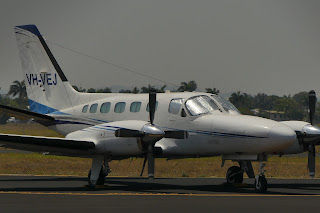 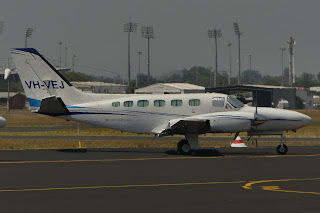 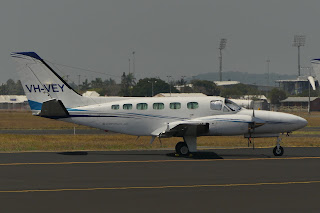 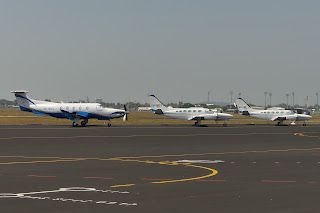 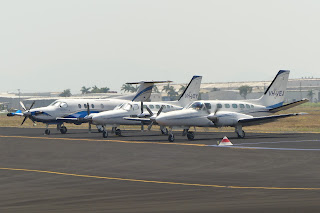 During the afternoon, it appears that VH-VEJ returned to Brisbane, while VH-VEY and VH-VEF remained at Mackay Airport for the night.

UPDATE!  On Thursday 14 November, VH-VEJ and VH-VEF both departed Mackay Airport to Brisbane.

Meanwhile, as shown above, the two Conquests were parked alongside Vanderfield Pilatus PC-12/47 VH-WPH which had earlier arrived into Mackay Airport from its Toowoomba base via Archerfield also on Wednesday 13 November. 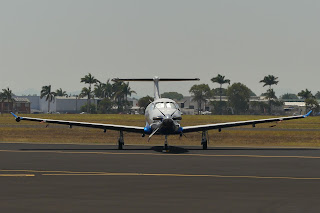 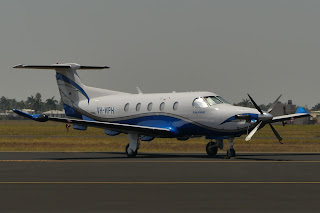 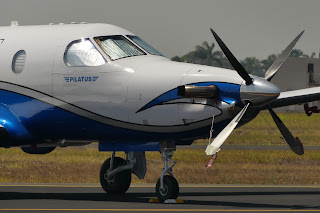 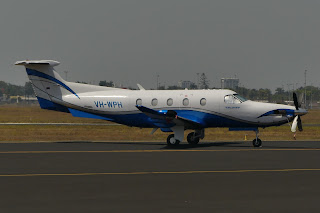 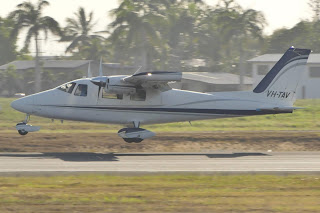 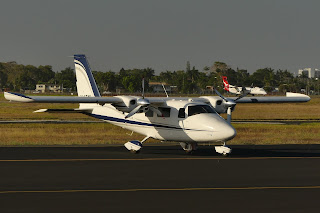 It has also spent time at both Gladstone and Rockhampton Airports during the week where it completed several aerial survey flights around the region. 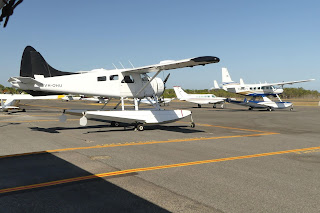 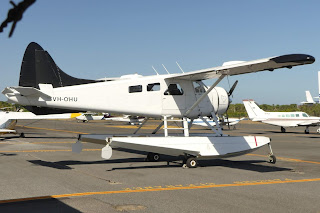 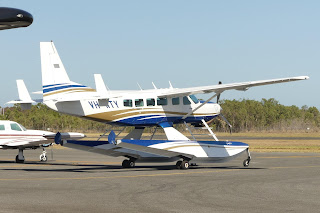