On Sunday 10 November, Volga-Dnepr Airlines Antonov AN-124-100 RA-82044 arrived back into Rockhampton Airport, flying down from Cairns as "VDA2397".  It has been parked at Cairns since it departed Rocky back in mid-September prior to the Singapore Armed Force's Exercise Wallaby 2019. 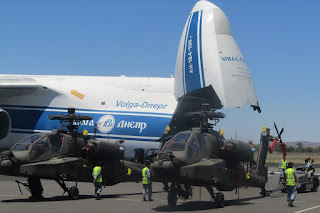 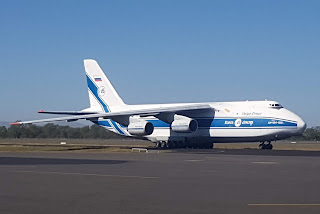 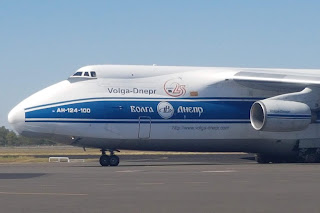 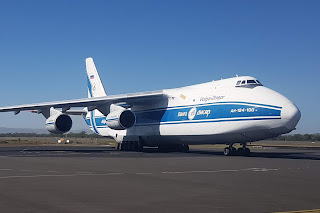 Soon after, the Antonov was lowered into its unique kneeling position and the front then opened.  It was to load the four Republic of Singapore Air Force (RSAF) Boeing AH-64D Apache helicopters in preparation for their delivery home to Singapore. 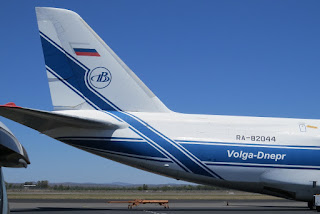 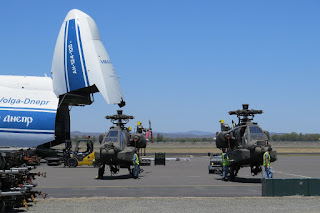 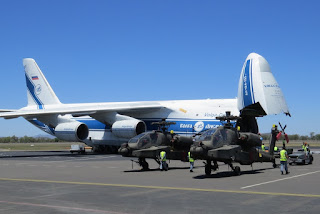 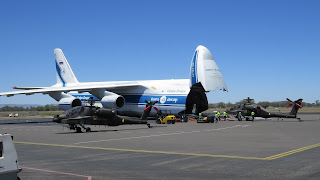 The Apaches have been in Rocky to take part in the Exercise Wallaby 2019.  As we have posted previously, they have been completing regular sorties to and from the Shoalwater Bay Training Area (SWBTA).

At the time of writing, RA-82044 was expected to depart Rockhampton Airport for Darwin and Paya Lebar Air Base in Singapore as "VDA2398" later on Sunday 10 November.

It is expected that the AN-124 RA-82044 will return to Rockhampton Airport on Tuesday 12 November to transport the four RSAF Aerospatiale / Eurocopter AS332M Super Puma helicopters also home to Singapore.

Sincere thanks to local plane spotters Scott H, Trevor H and Kayanne H for taking the time to capture and send through these great photos of the Antonov!