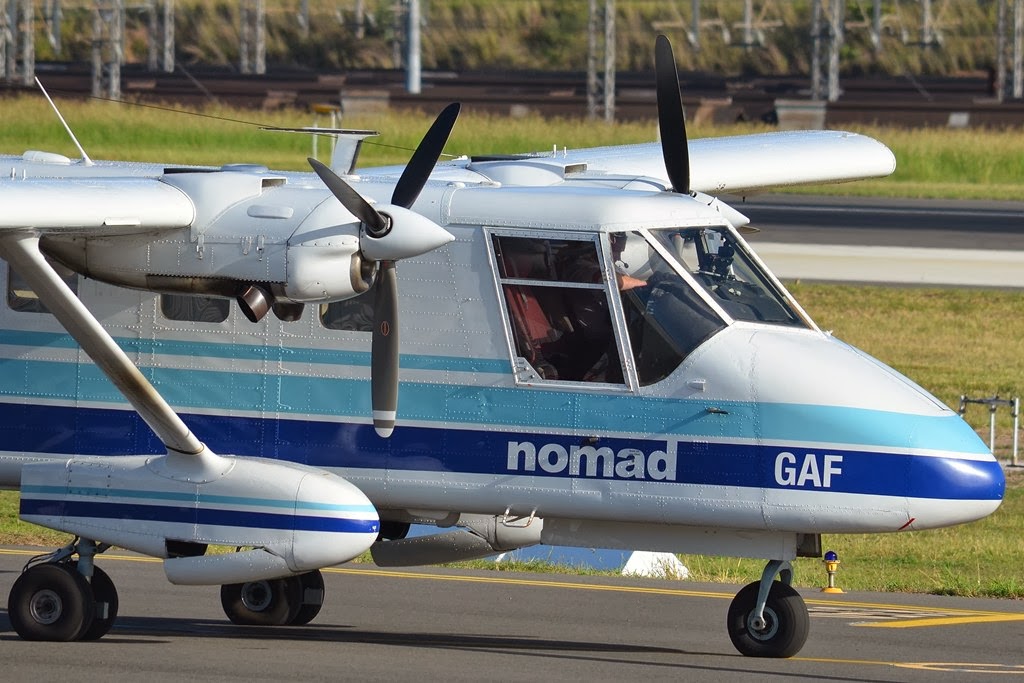 There has also be a few interesting light aircraft to pop into Gladstone in recent days, starting with Cessna 310 VH-NFE - operated by the Aero Dynamic Flight Academy on the Sunshine Coast - which visited for the day last Wednesday 26 February. 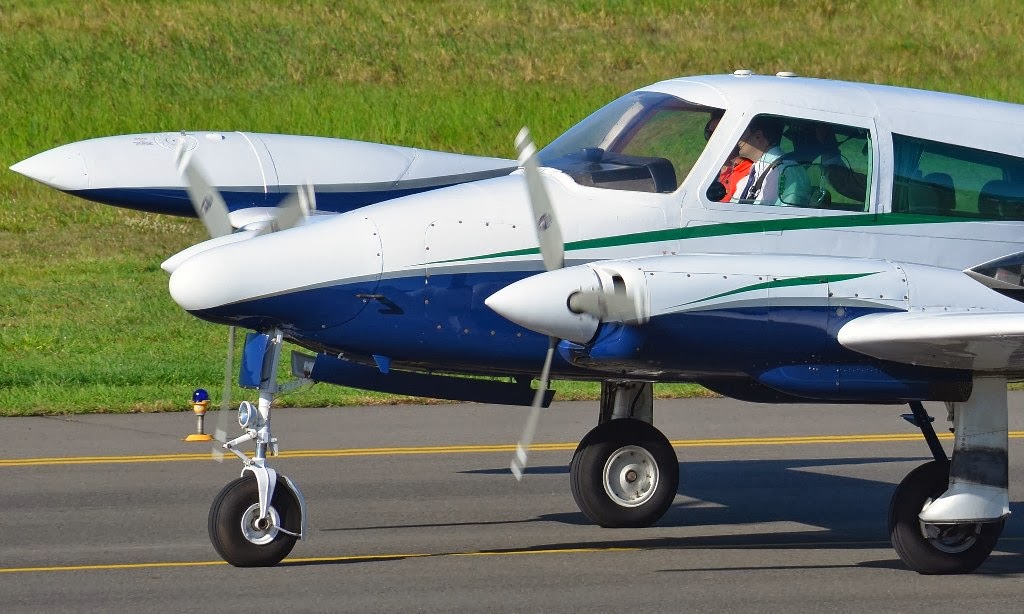 As posted below, Cessna 150 VH-ZPY was spotted arriving into Gladstone Airport earlier last week complete with children's cartoon character Snoopy adorning the tail, along with the titles "Curse you Red Baron!" 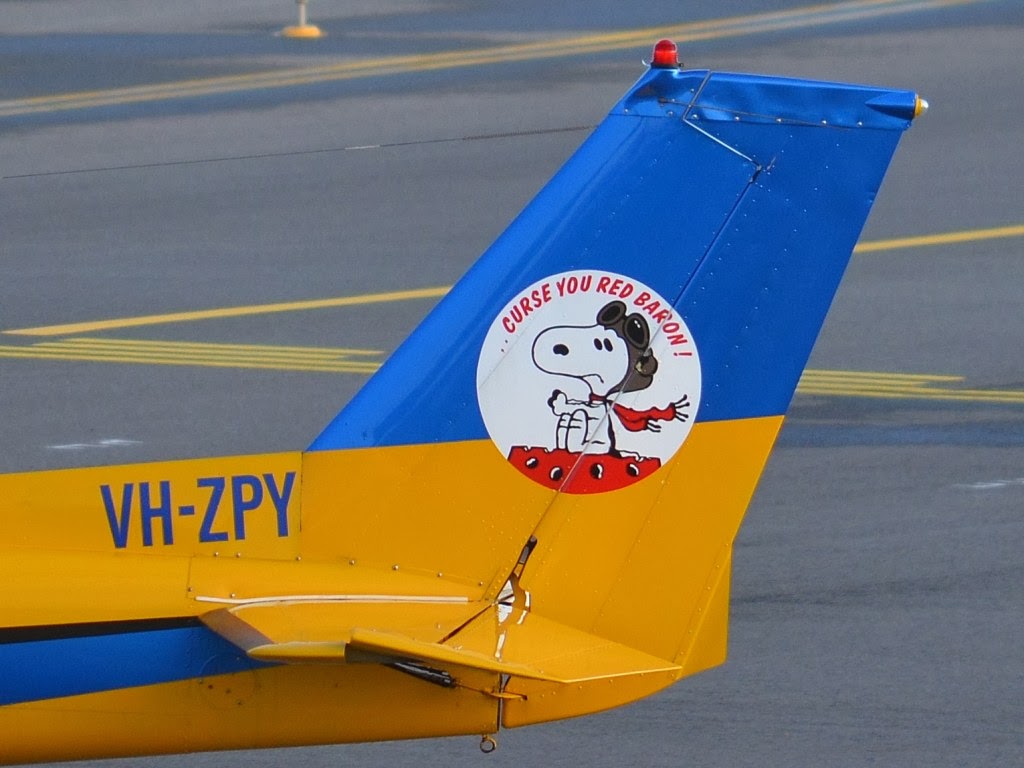 VH-ATO is one of the last airworthy Nomads left in the world, and it currently flown predominately around Australia on aerial survey flights by Bayswater Road Aerial Surveys / Australian Aerial Mapping.  Early on Saturday 1 March, VH-ATO departed Gladstone for the North, with information suggesting that it later arrived at Mackay.

On Sunday 2 March, a familiar visitor was spotted at Gladstone Airport in the form of local Mooney M20F VH-WBH.

VH-WBH was joined by a nice little amateur-built Cavalier SA 102.5 registered VH-SLZ, which is seemingly based on the Sunshine Coast. 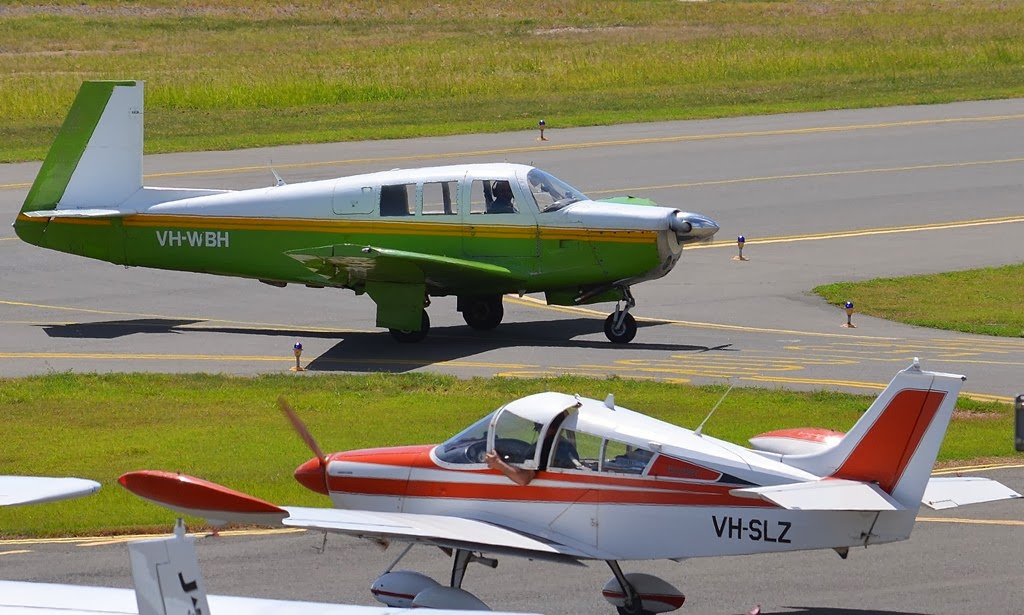 Also spotted on Sunday 2 March was this bright little 1980-build Cessna 180 VH-IHG.  It is registered to a farming property in Rolleston.

And finally, Mackay-based Cirrus SR22 VH-TTV was captured departing back to Mackay.  It had arrived from there on Friday. 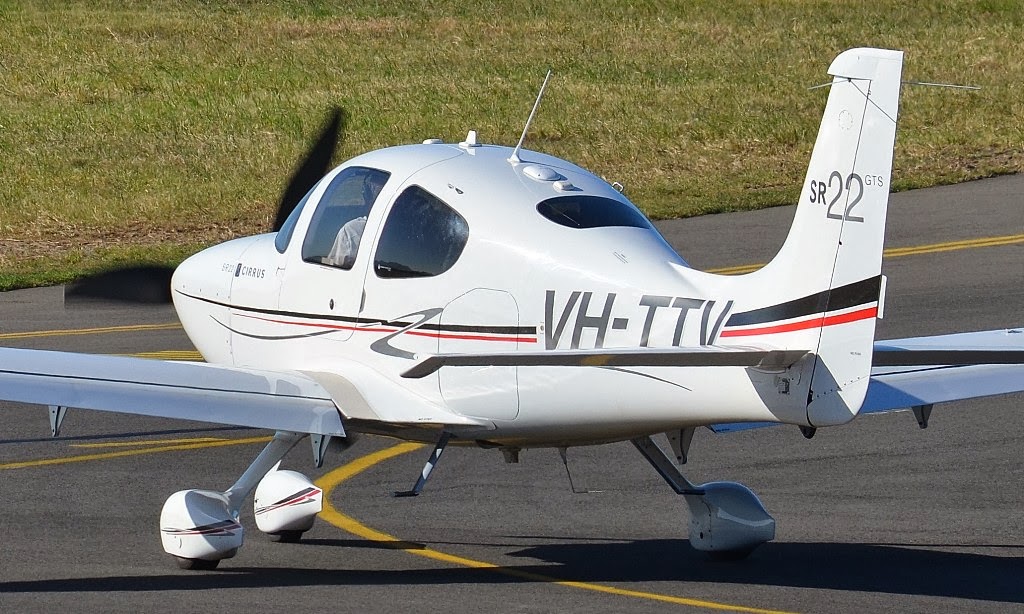 As usual, some great photos, and a great coverage by Jamie and Tash of some of the more unusual visitors into Gladstone Airport.  Thanks guys!