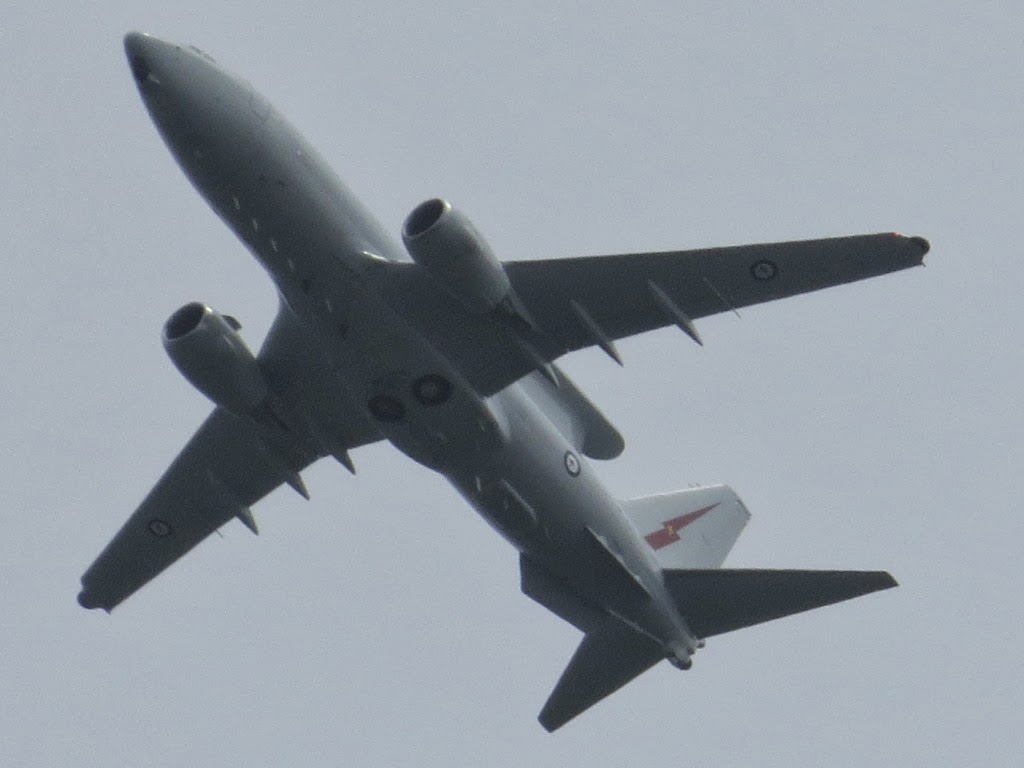 A30-002 - flying as "Wedgetail 11" - was first to fly over, captured by local plane spotters 'IAD' and Kayanne H as it climbed out after performing its missed approach on Rocky's Runway 15, just before lunch. 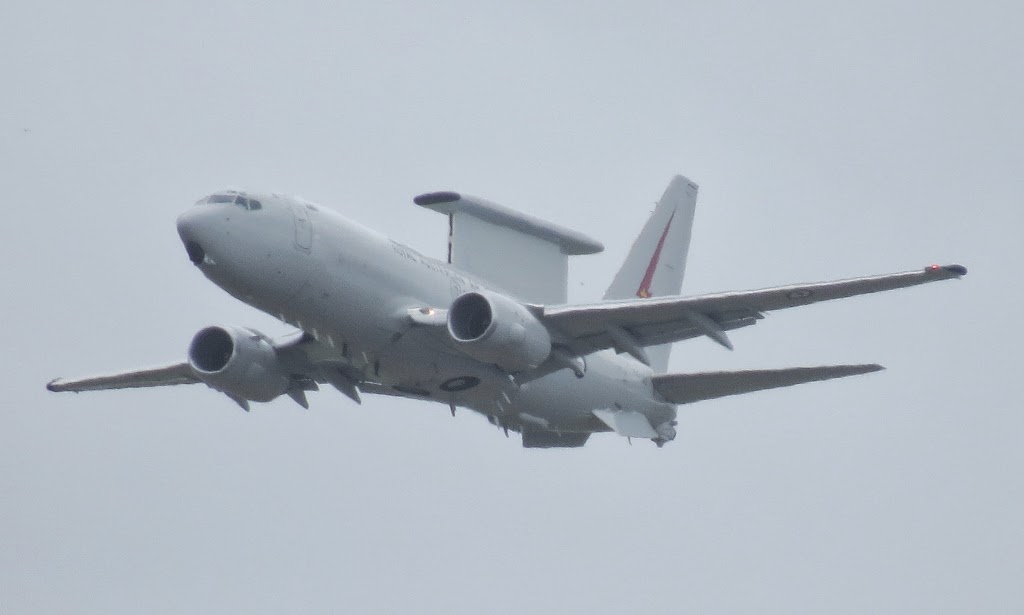 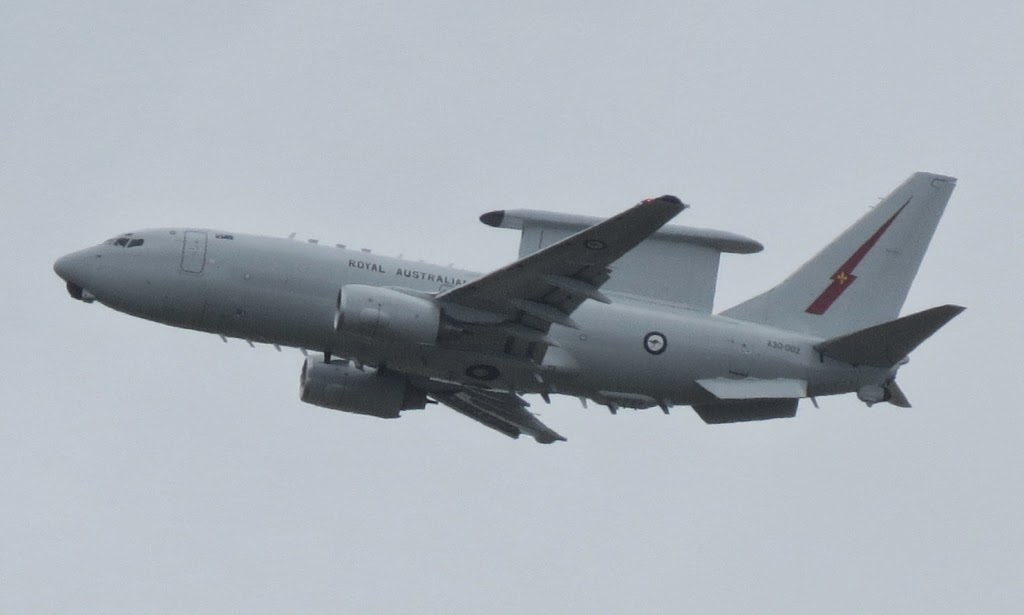 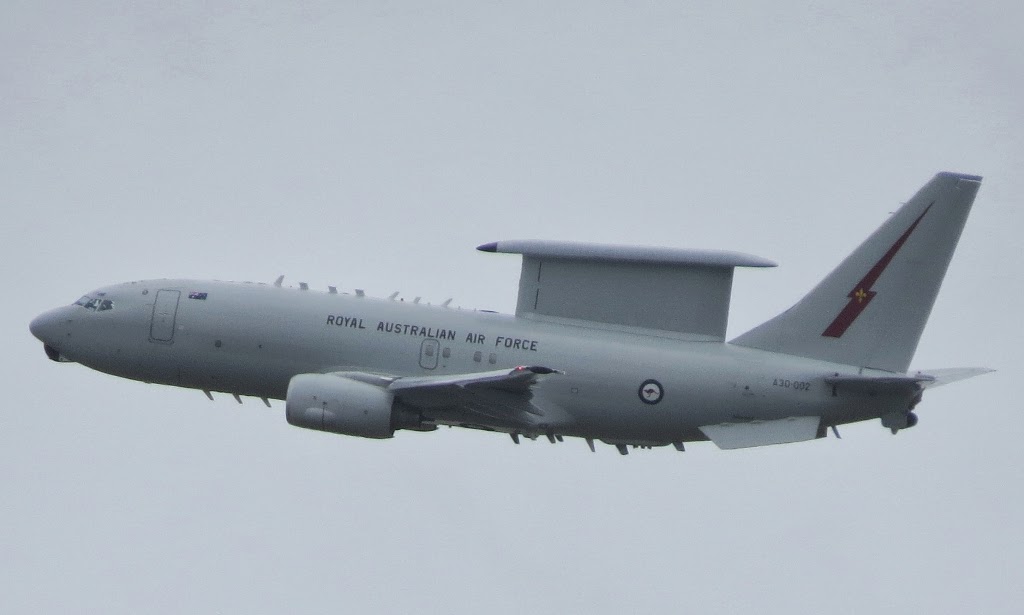 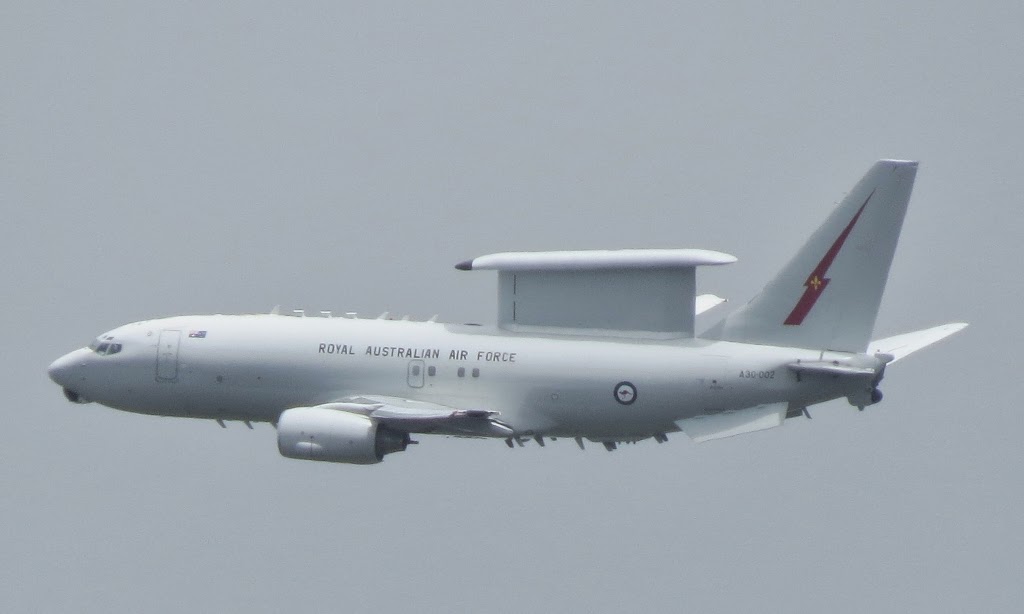 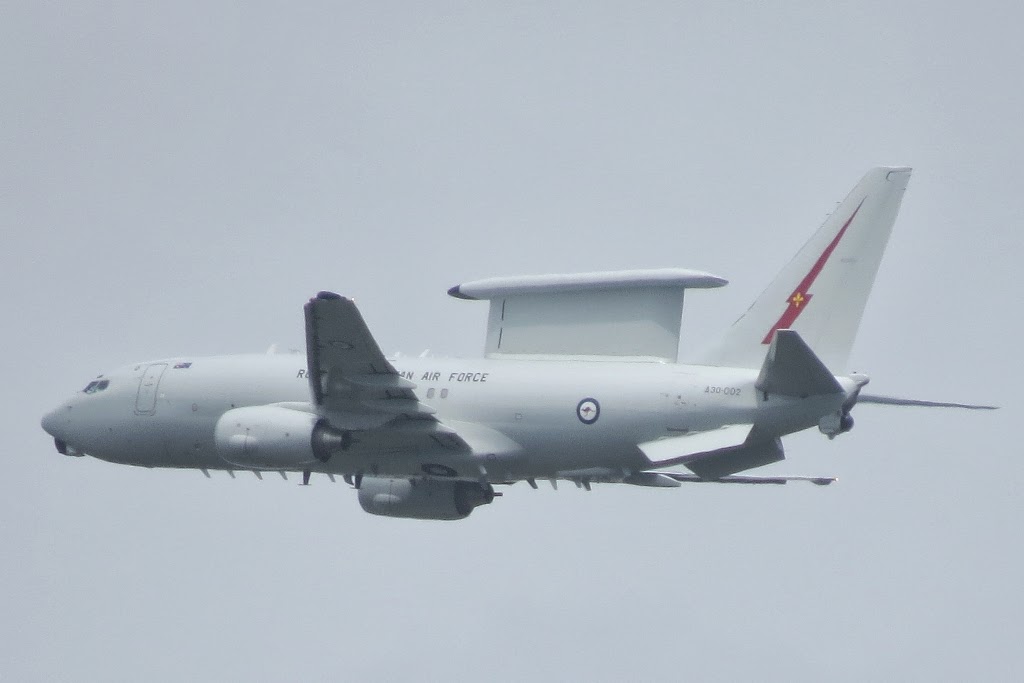 Then, in the early evening, A30-004 - flying as "Wedgetail 10" - was also captured performing its missed approach on Rocky's Runway 15. 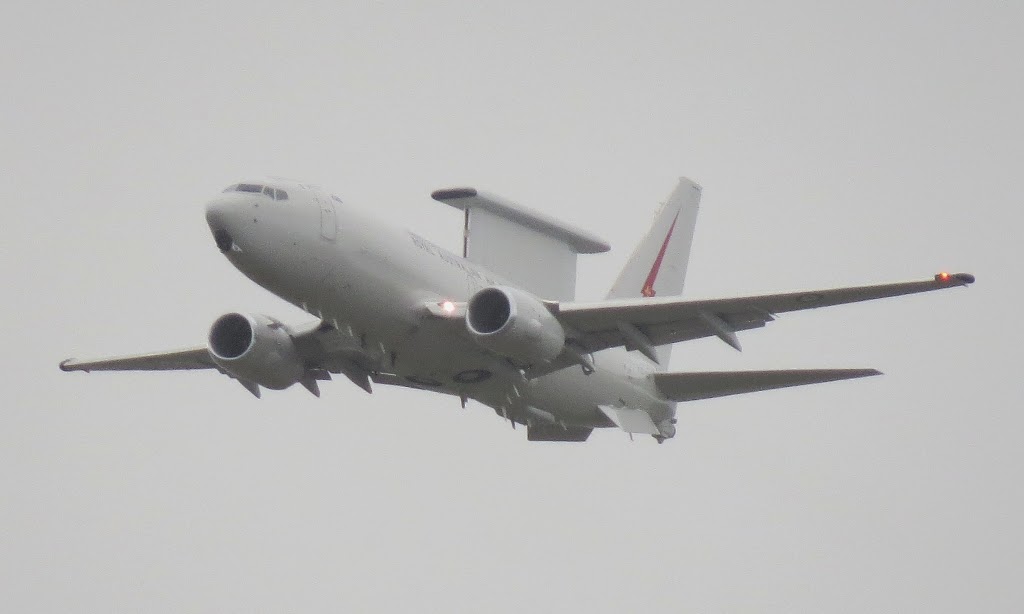 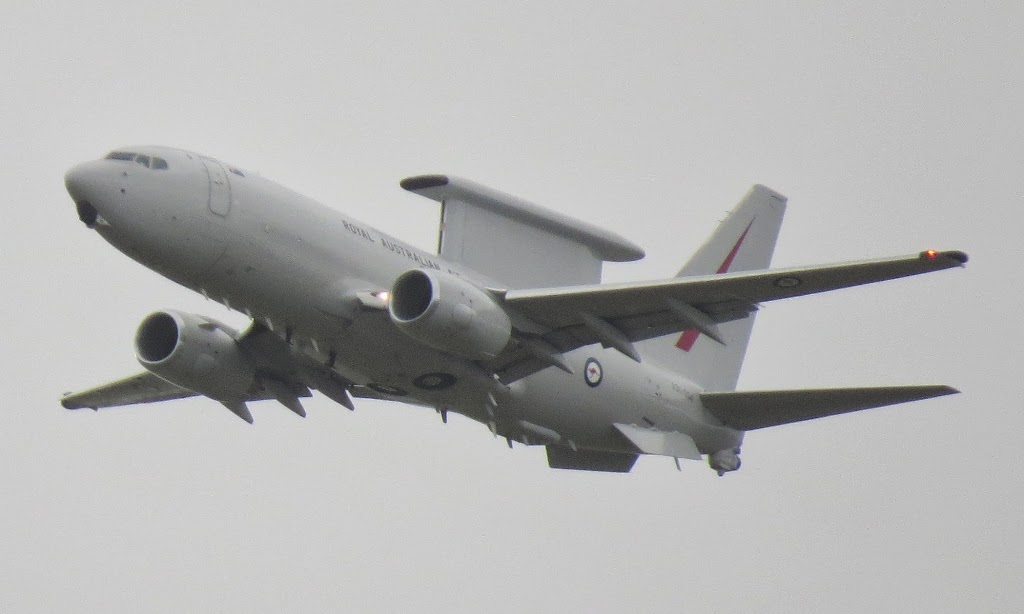 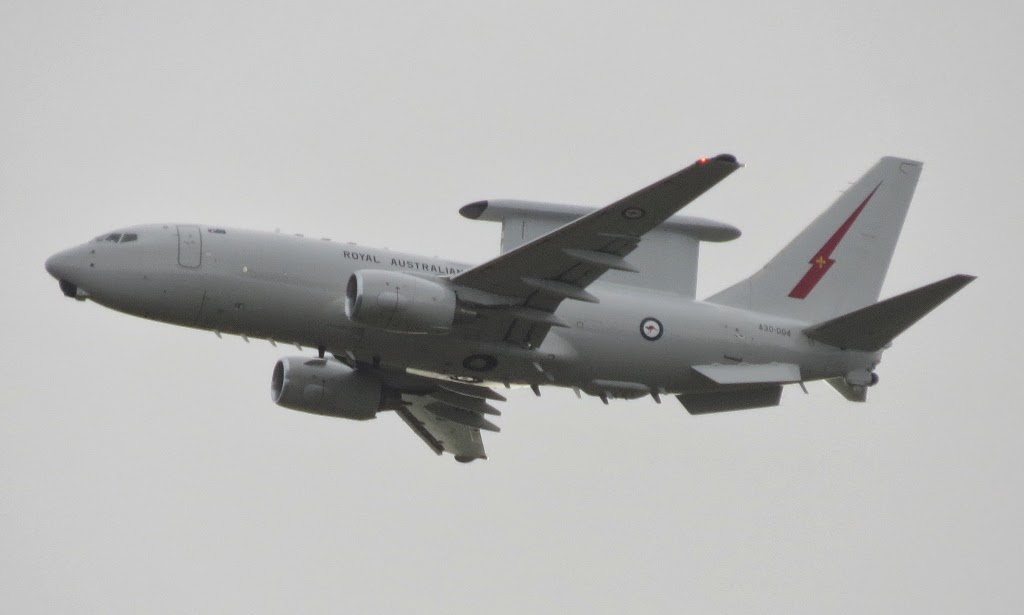 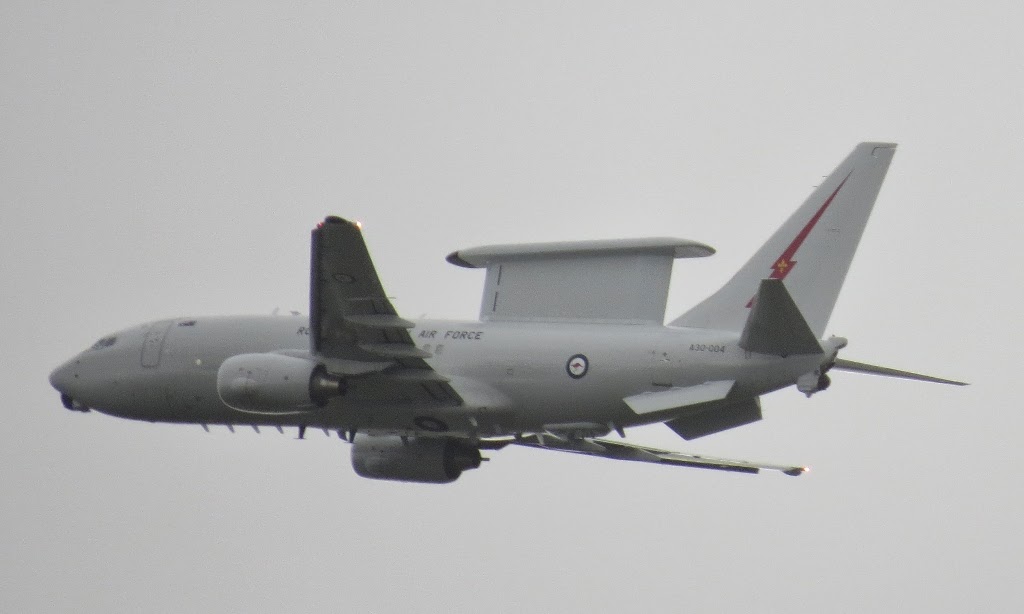 It is believed that A30-004 is the same Wedgetail that was also photographed performing a missed approach at Mackay on Thursday 20 March - see Blog post below. 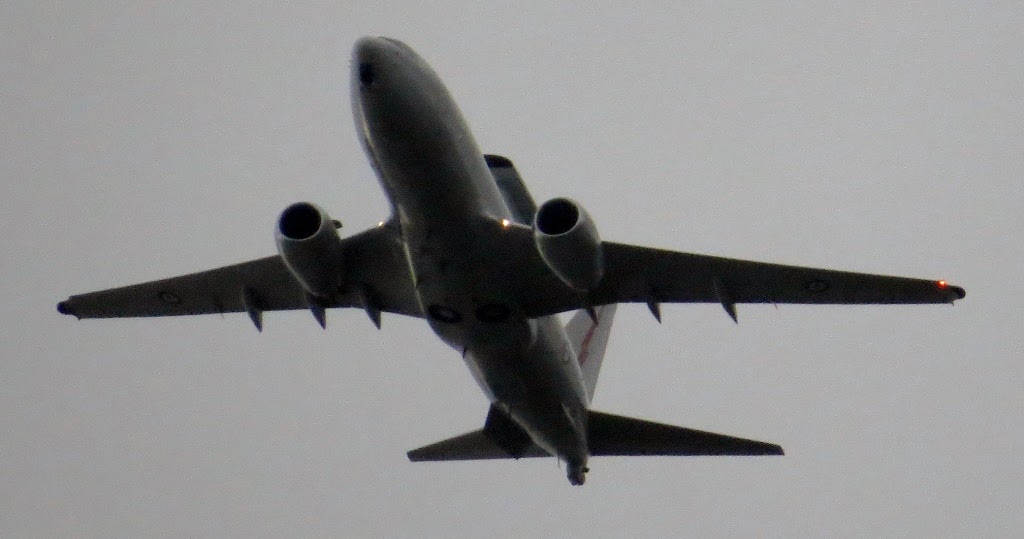 Finally, the terrific Thursday at Rockhampton Airport concluded just after sunset when RAAF Airbus A330-203 / KC-30A (MRTT) A39-002 called in yet again, this time as "Dragon 26".


It arrived from Amberley, and later departed under the cover of darkness, returning to Amberley, after performing several circuits overhead the air base.

Sincere thanks to 'IAD' and Kayanne H for capturing and sending through these awesome images of some truly awesome military visitors to the beef capital!  What a great day!

Photos taken by Kayanne Hardsman and 'IAD'  ©
Posted by Damian F at 9:05 PM