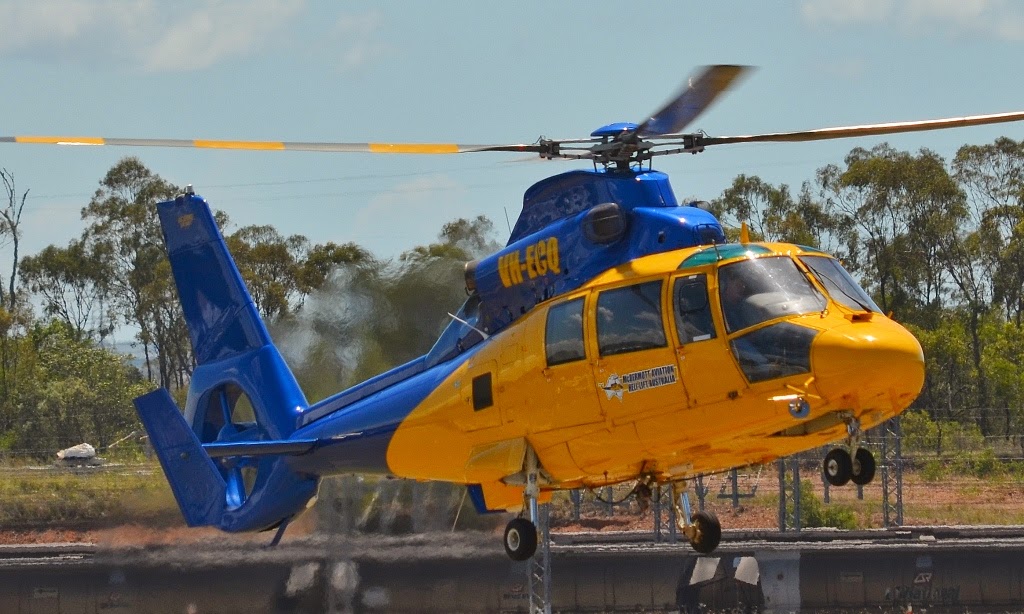 Three lovely helicopters operated by McDermott Aviation / Machjet have been spotted in recent days at Gladstone Airport.  Perhaps the nicest was Eurocopter AS.365N2 Dauphin VH-ECQ which called in briefly on Sunday 23 March. 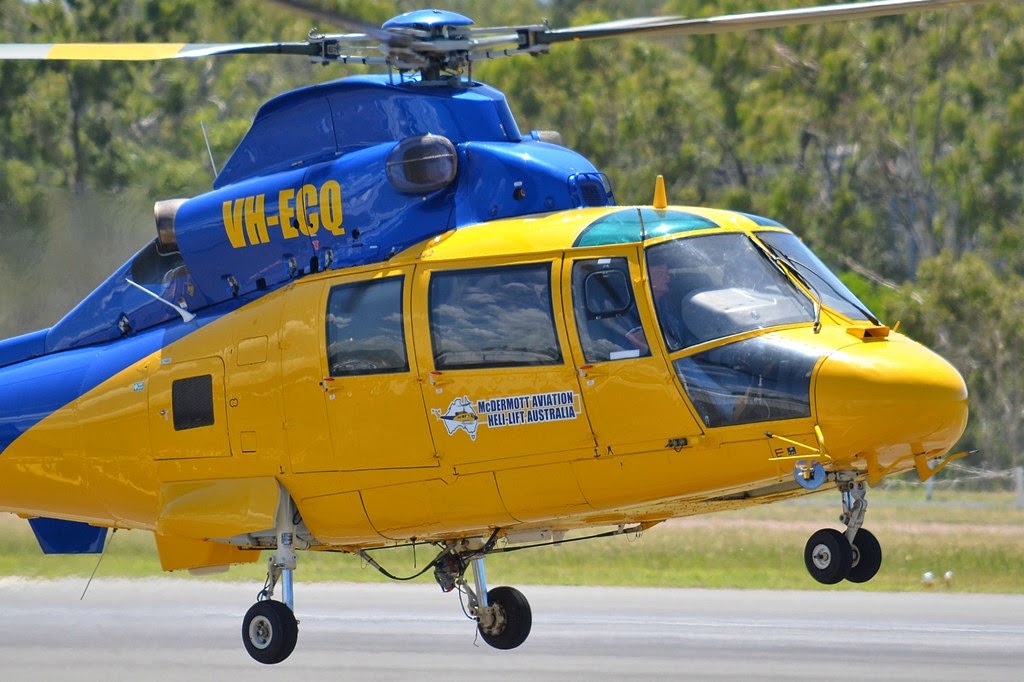 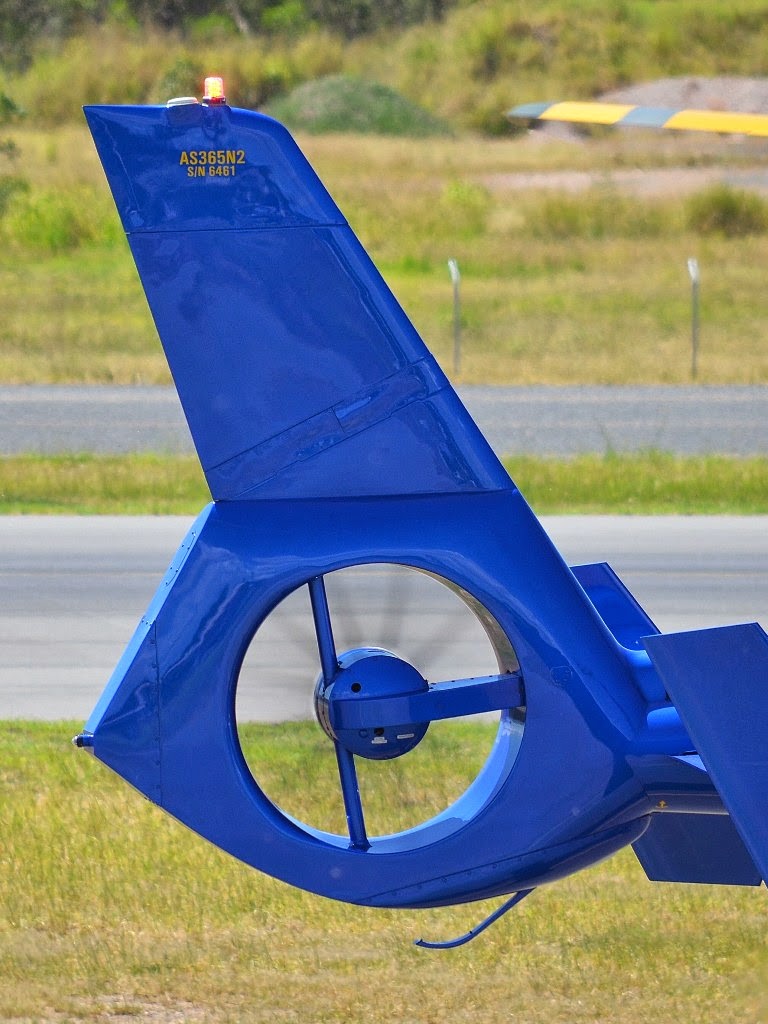 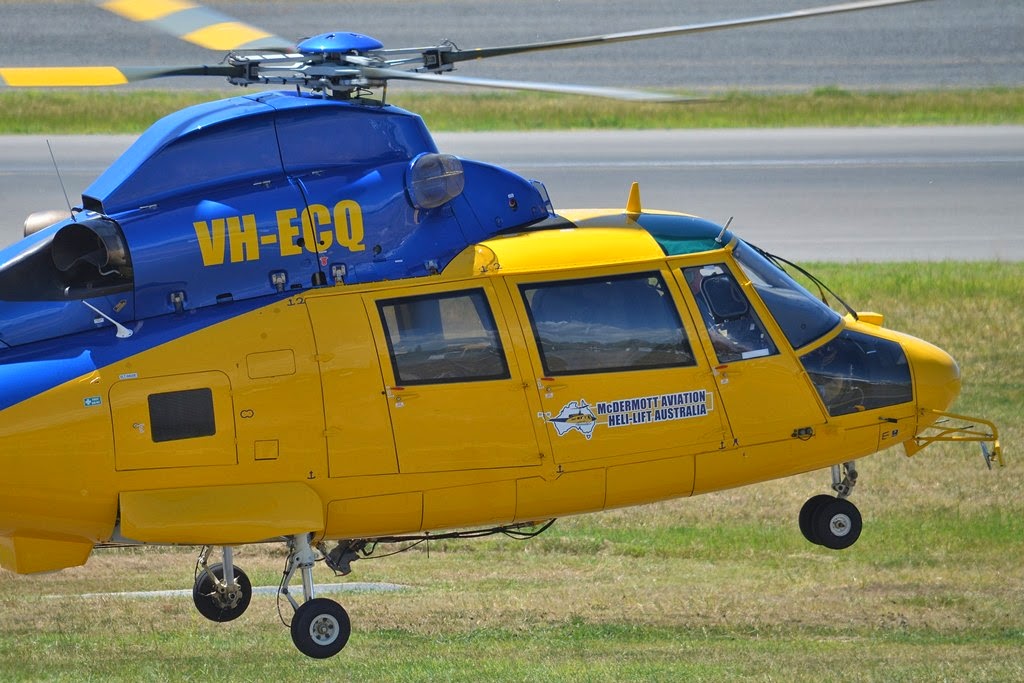 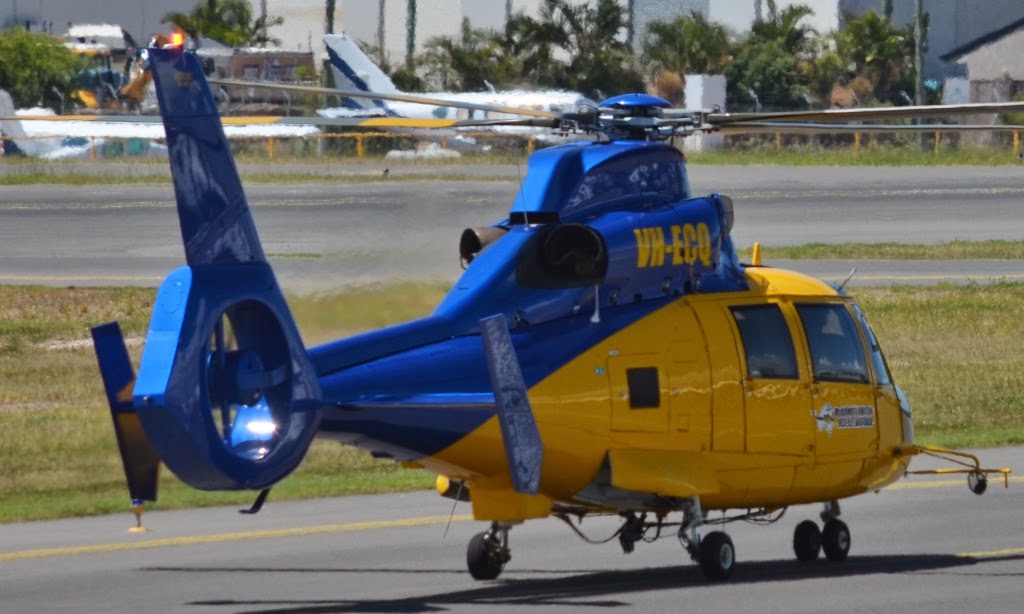 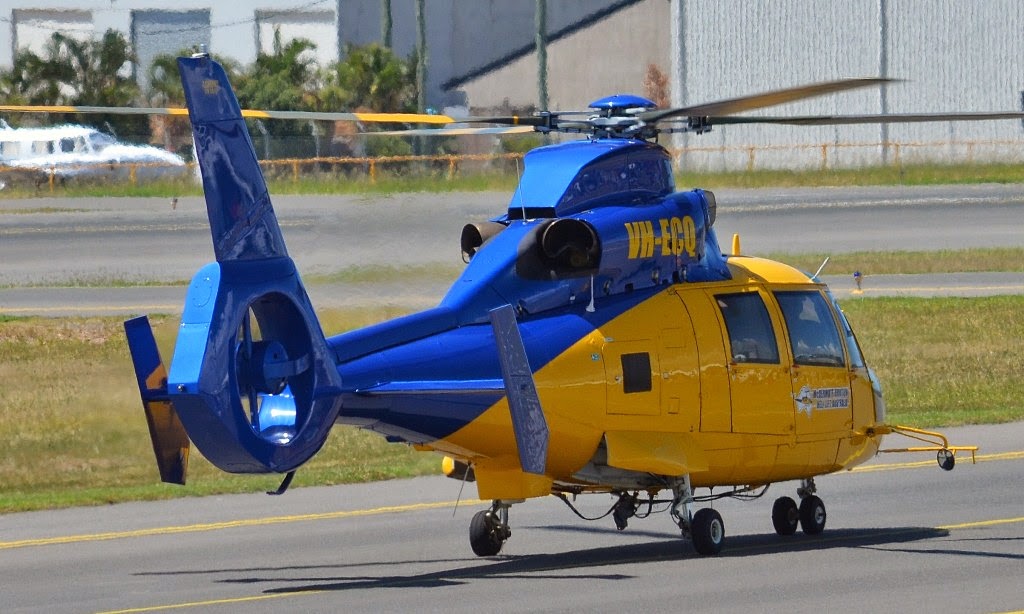 Local plane spotters Jamie and Tash - who captured these great photos - report that VH-ECQ spent a brief time on the ground being refuelled before it continued to the South.

Last Monday 17 March, a pair of McDermott Aviation / Machjet choppers were spotted calling into Gladstone by Jamie and Tash. 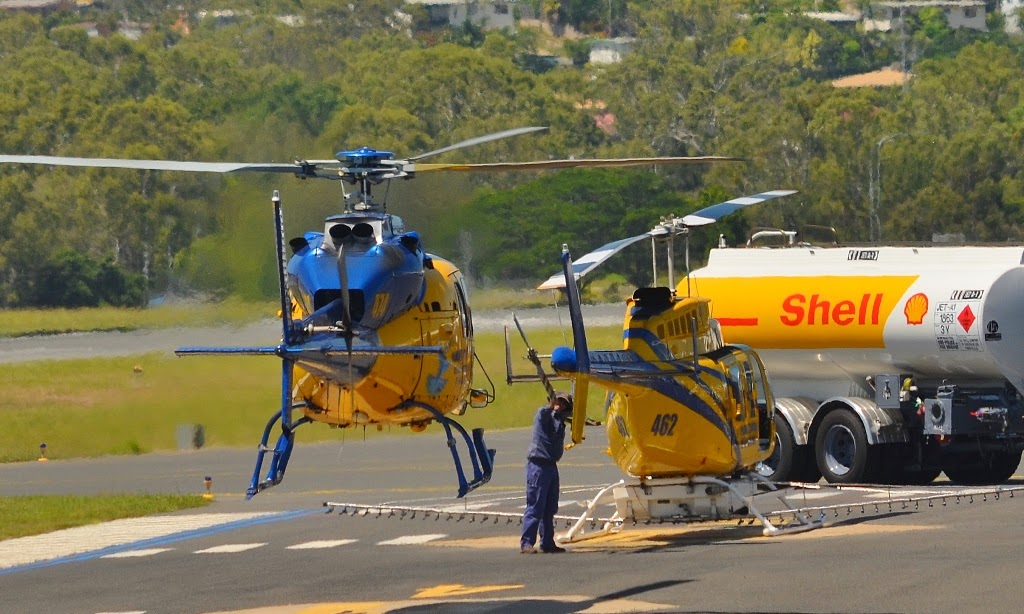 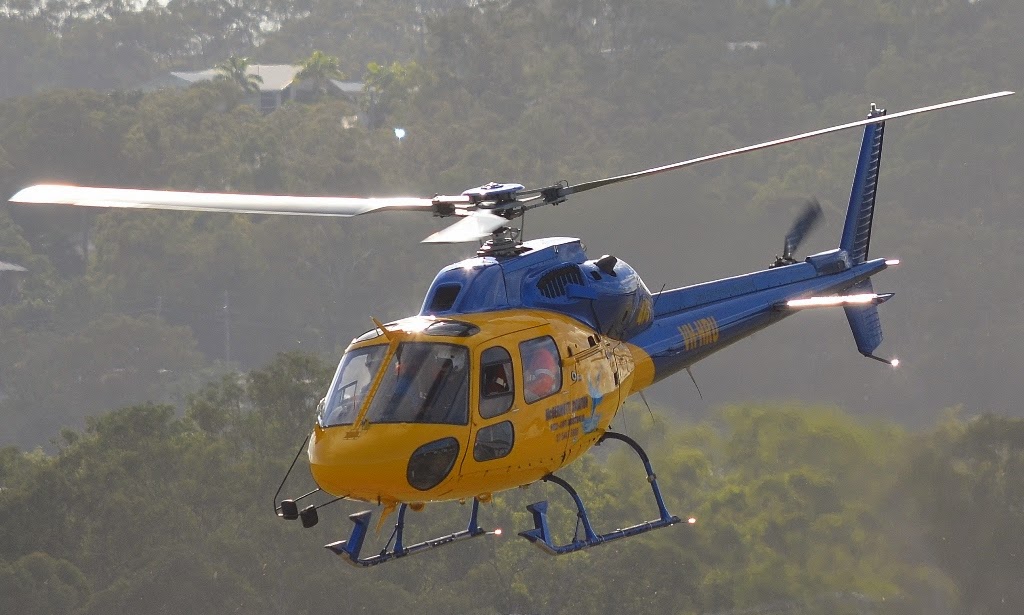 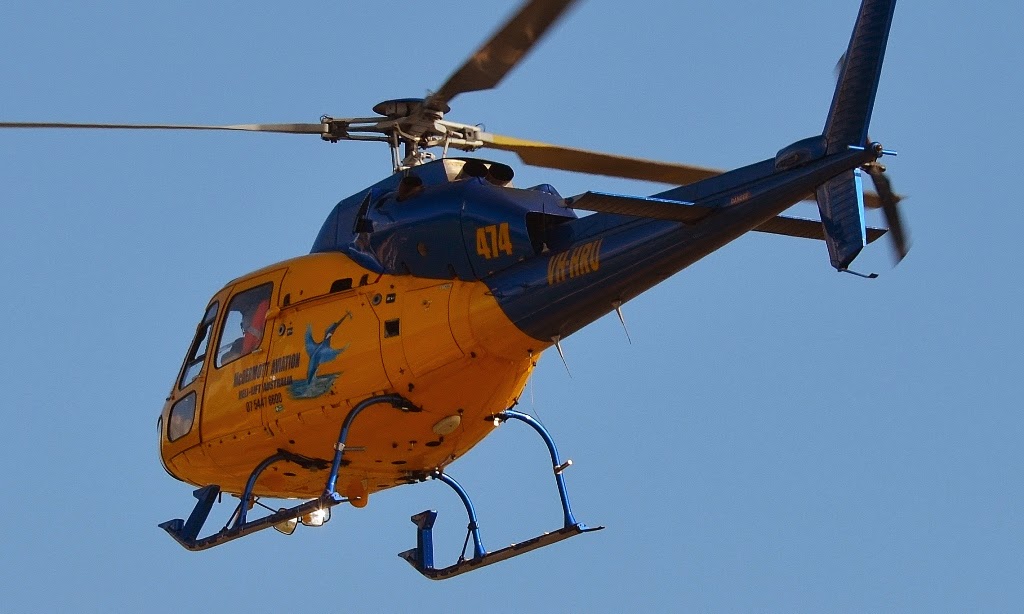 As shown, it was joined by Bell 206L-1 VH-FUQ, which was photographed arriving into Gladstone about lunch time.  It was interesting to note the boom under the helicopter, so presumably the chopper is/has been involved in some aerial spraying sorties. 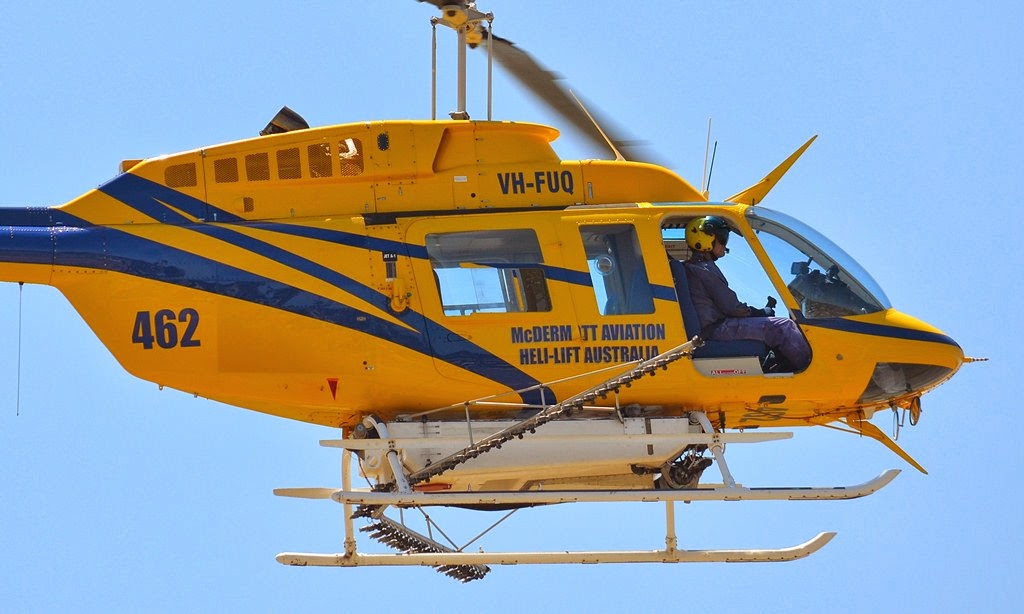 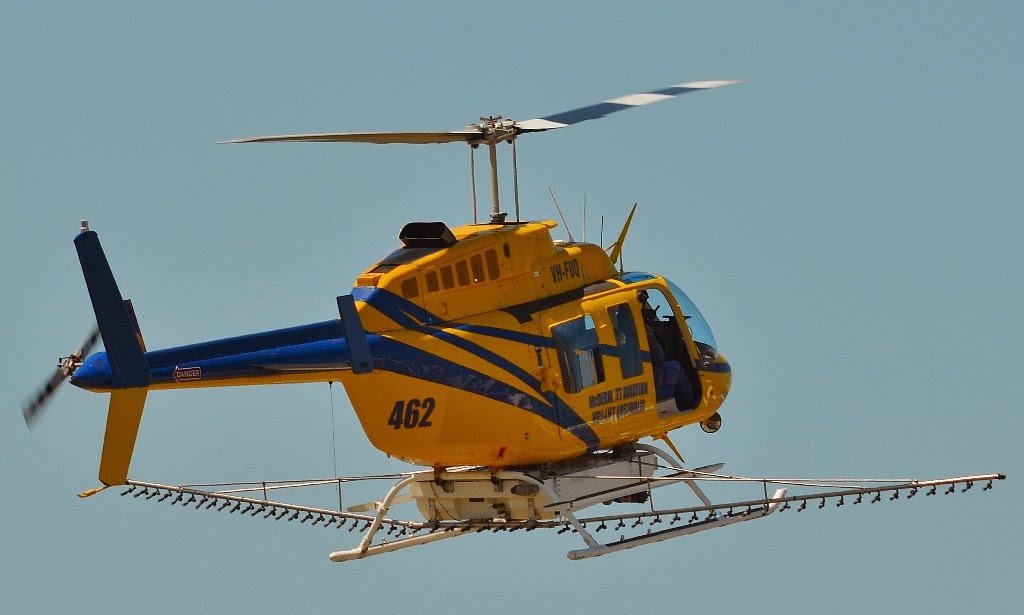 Soon after, VH-HRU returned to Gladstone. 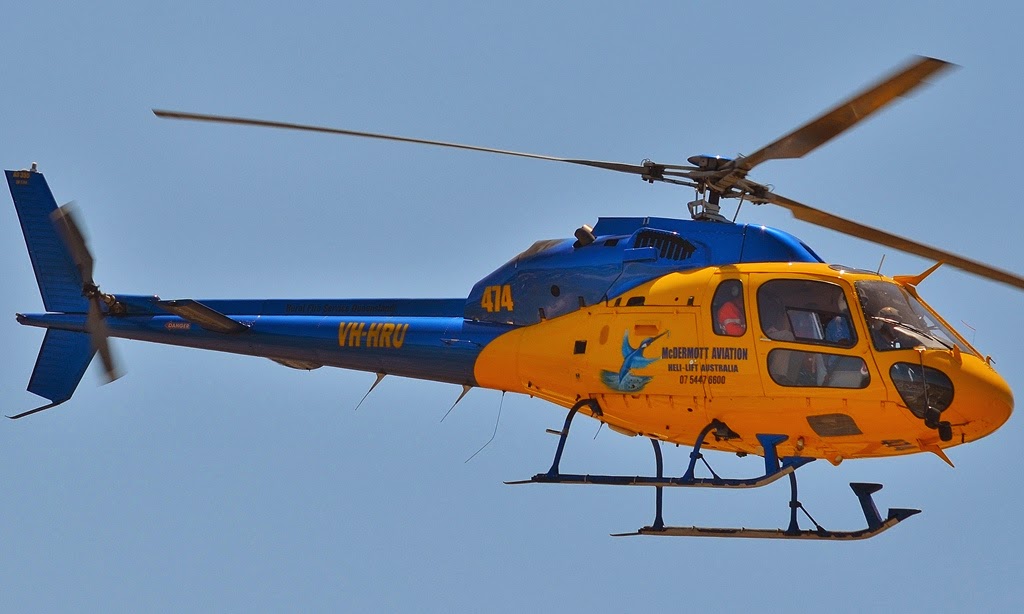 Both choppers were refuelled and later departed to parts unknown. 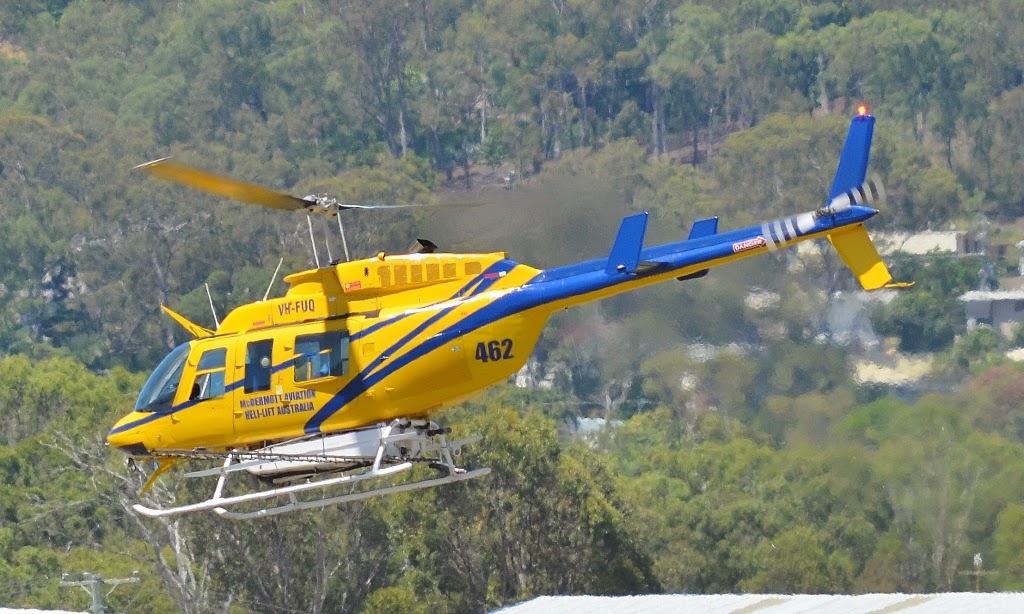 Sincere thanks to Jamie and Tash for capturing these fantastic images and sending them through for all of us to enjoy!