This Historic Spot follows on from our post last month about Kendell Airlines and their CRJ operations in Central Queensland in the early 2000s - LINK HERE.  In April 1999, Lauda Air Italy Canadair CL-600-2B19 Regional Jet CRJ-100LR OE-LRC (MSN 7036) performed a demonstration tour around Australia for Kendell Airlines, and with thanks to local plane spotter Don W, we share photos of the CRJ on the ground at Rockhampton Airport. 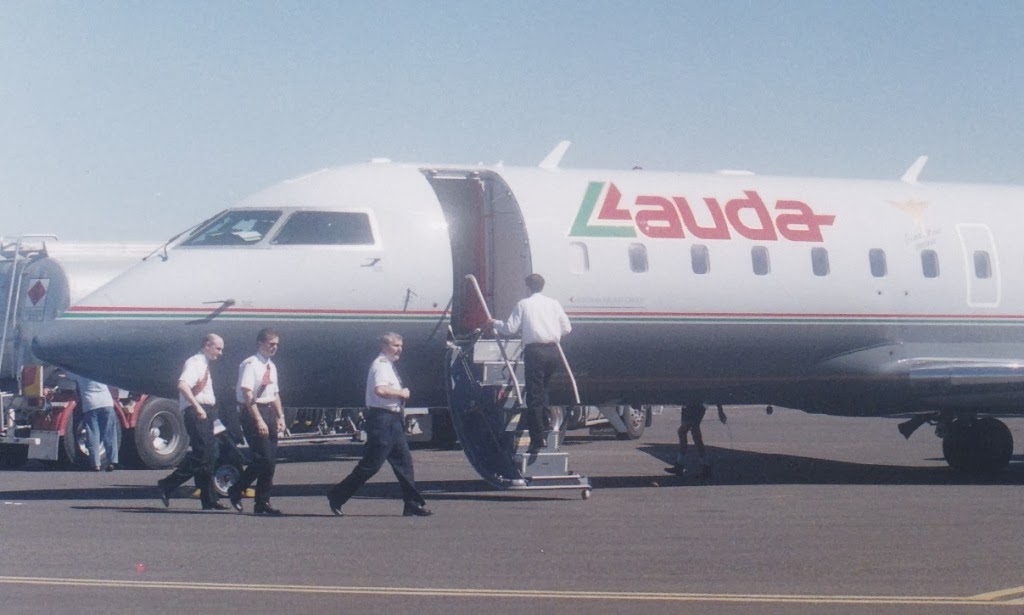 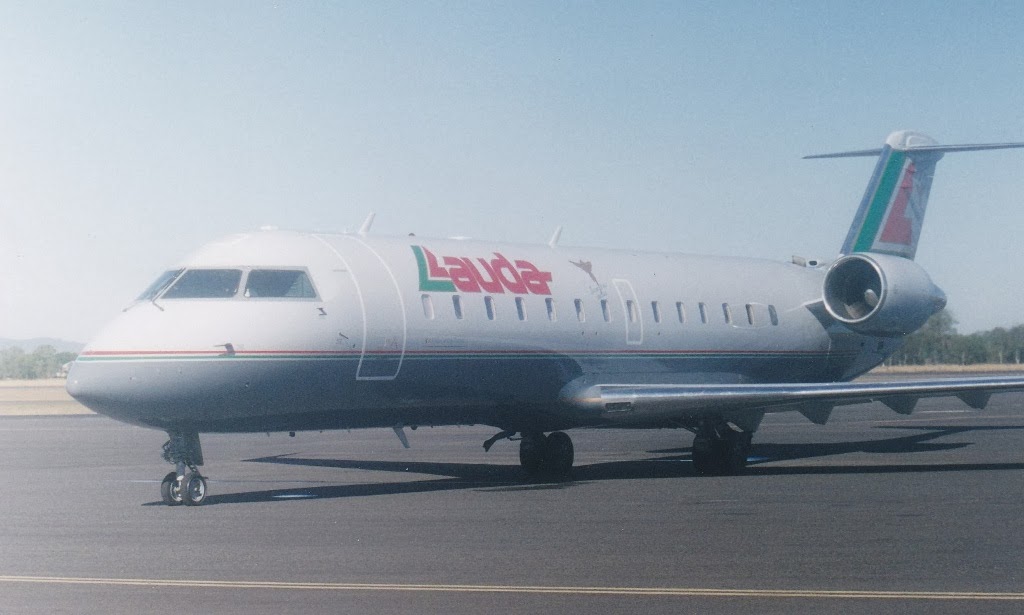 Being nearly 20 myself at the time, and still based in Brisbane, I was fortunate enough to captured OE-LRC departing Brisbane Airport on 23 April 1999. 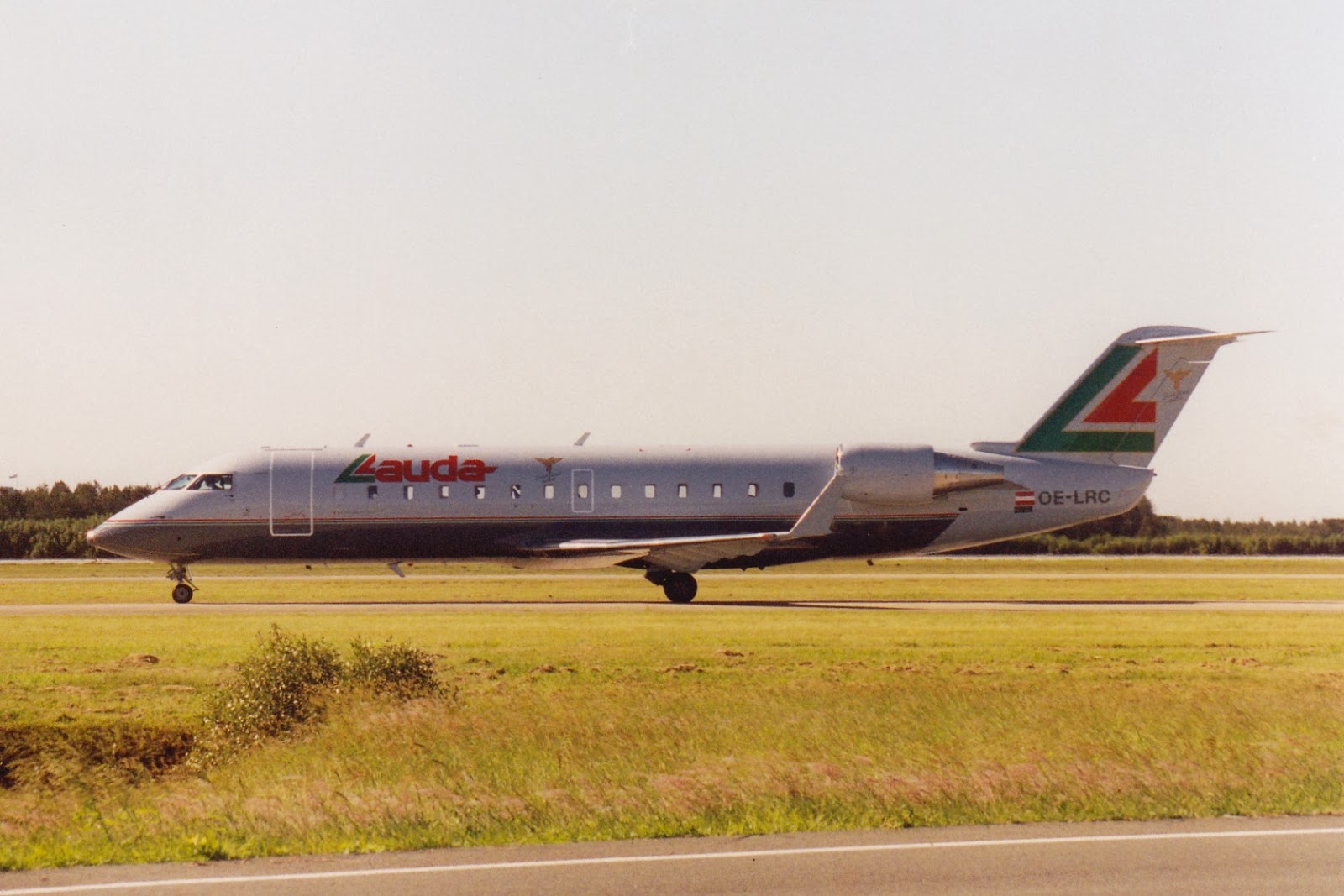 Information suggests that OE-LRC continued to operate with Lauda Air / Lauda Air Italy until 2001 when it flew for other operators in Europe and then eventually the United States of America and Canada.  It was listed as 'Stored and parted out' in 2009.

Photos taken by Don Williams  ©
Posted by Damian F at 6:00 AM