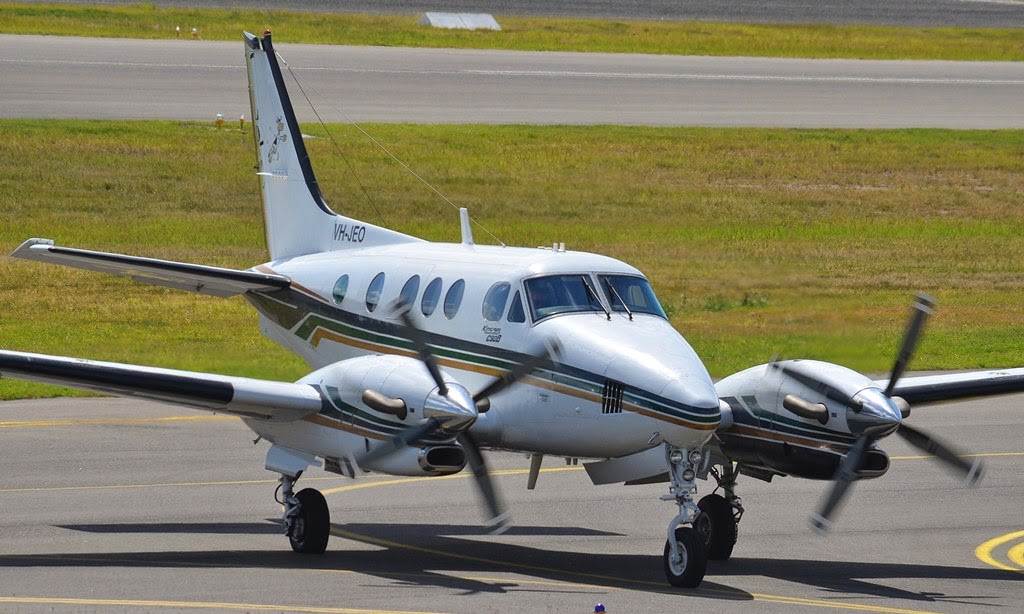 Yet more interesting light aircraft have been spotted at Gladstone Airport over recent days including Shadforth's Plant Hire Raytheon (Beech) C90A (C90B King Air) VH-JEO.  It was captured by local spotters Jamie and Tash last Tuesday 18 March as it visited from the Sunshine Coast.

Over the course of Tuesday 18 and Wednesday 19 March, the pair of Gladstone Helicopters / Helireef Eurocopter EC135 helicopters - VH-ZGZ and VH-ZGI - which are used on behalf of Maritime Safety Queensland to transfer of Marine Pilots to off-shore ships - were both spotted at Gladstone.  It is believed that VH-ZGI returned North to Mackay, while (usually) local resident VH-ZGZ returned to the Airport on Wednesday. 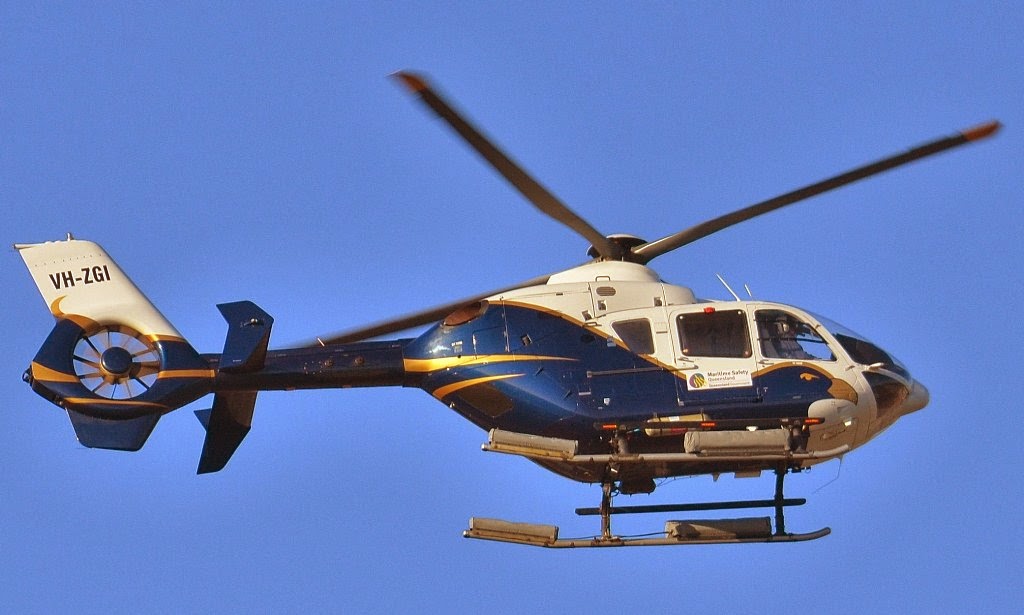 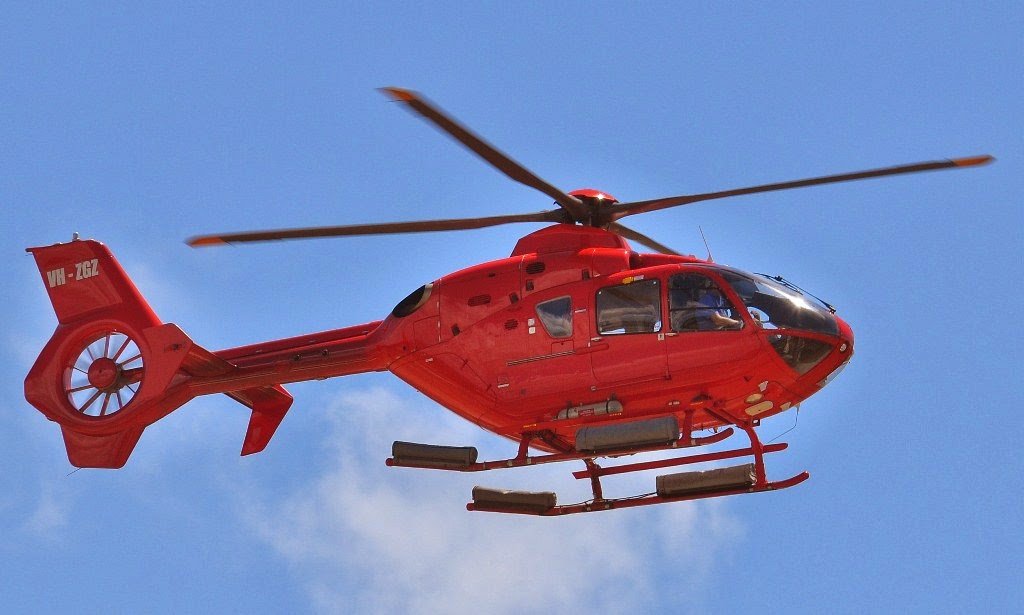 Wednesday 19 March was also a busy day with many other light aircraft spotted arriving and departing as Gladstone Airport including Skydive CQ Cessna 182 VH-SUB and DND Aviation Raytheon G36 VH-JKZ, which was captured departing to Redcliffe. 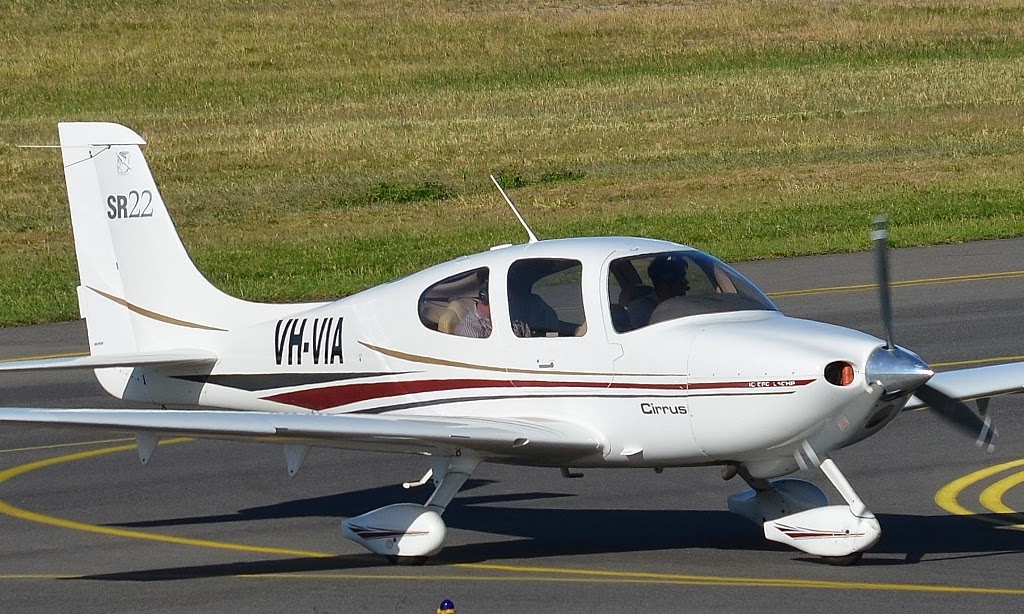 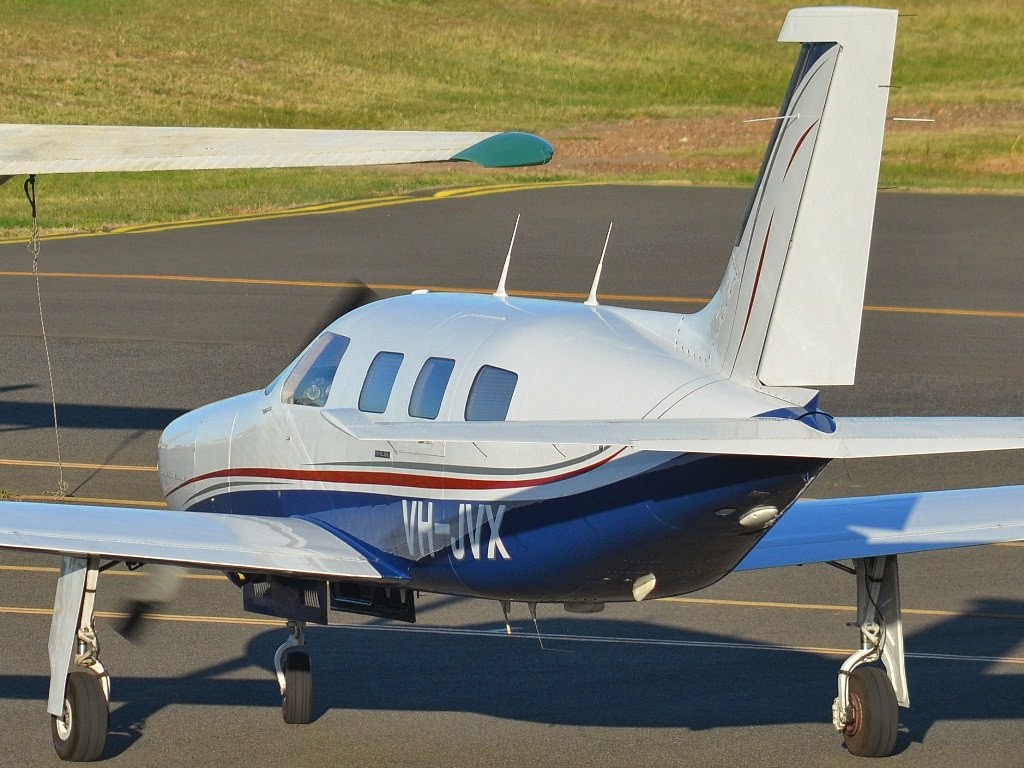 And from up the road at Rockhampton, J.M. Kelly (Project Builders) Cessna 310 VH-FFA also visited for the day.

Finally, Australia by Seaplane De Havilland Canada DHC-2 Beaver Mk1 Floatplane VH-IDO was spotted as it returned from the Gold Coast after completing some maintenance.

Some more great photos of some great visitors to Gladstone - and we sincerely thank Jamie and Tash for sending them through!