As we mentioned below, over the course of the weekend, Heli Niugini Bell 407 helicopter P2-HBW looked to complete a ferry flight South from Papua New Guinea (PNG) through parts of Central Queensland.  Late in the afternoon on Saturday 28 January, it arrived at Mackay Airport from Townsville before continuing South on Sunday 29 January and being photographed by local plane spotter 'IAD' as it arrived into Rockhampton Airport. 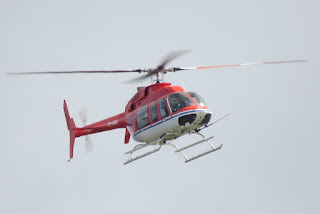 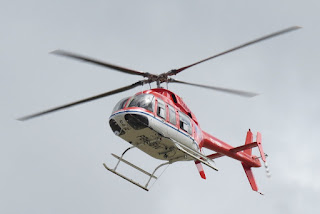 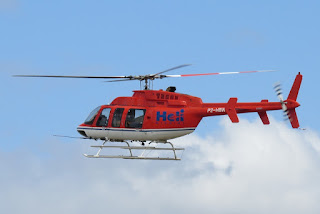 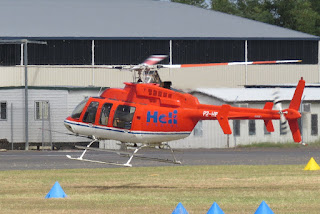 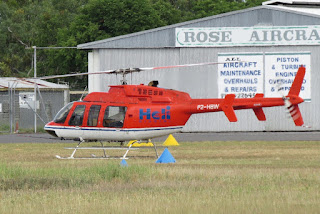 After taking on fuel, P2-HBW continued to Bundaberg Airport and points further South.

Also arriving into Rockhampton Airport over the weekend was Babcock Mission Critical Services Australasia Bell 412 helicopter VH-LSY.  It appears to have commenced operations with the locally-based Capricorn Helicopter Rescue Service (CHRS) as "Rescue 300". 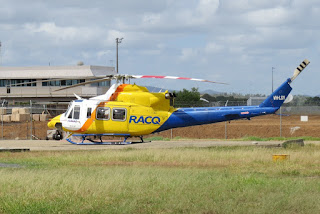 
It arrived into Mackay Airport from maintenance at Coffs Harbour earlier in the year.

Sincere thanks to 'IAD' for taking the time to capture and send through these great photos!.