Local plane spotters Kayanne H and Trevor H popped out to Rockhampton Airport briefly on Thursday 19 January and spotted a nice little arrival in the form of Cirrus SR22 VH-XRR.  It flew in from Townsville and departed to the Sunshine Coast. 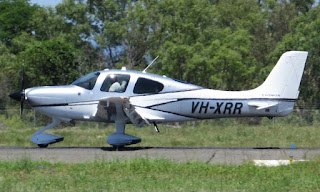 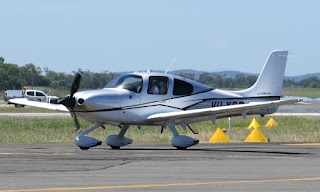 It has been reported that the smart little Cirrus is brand new and only delivered to its new owner on the Sunshine Coast in the last week or so.  It looked to have flown from there directly to Townsville on Wednesday 18 January. 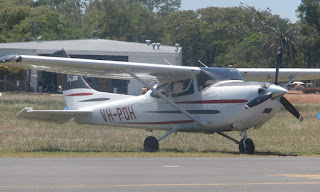 It had earlier flown into Rocky from the West.