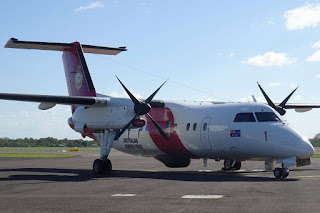 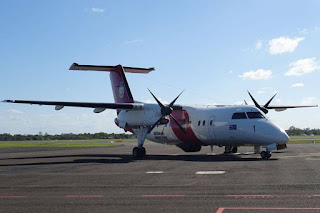 Meanwhile, not quite aviation related, but all eyes have been on Bundaberg Port lately with the ex-Royal Australian Navy (RAN) amphibious heavy lift ship HMAS Tobruk (L 50) which arrived in the rum city in mid-December last year.  Thousands of locals turned out to see the ex-RAN ship enter the Burnett River on her final journey.  HMAS Tobruk docked for the last time in preparation for two years of work that will allow her to be sunk off the coast of Elliott Heads and turned into a dive site. 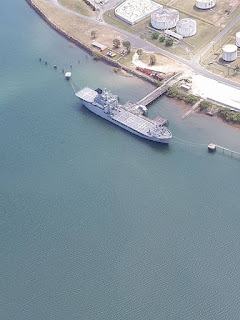 Micah S recently took a flight over Bundy which included the Port area where the HMAS Tobruk is currently docked.

Sincere thanks to Micah S for taking the time to capture and send through these great photos!