Over the last week or so. it has been interesting to note that BPW Aviation / Airspeed Aviation of Scone, New South Wales, Cessna 404 Titan VH-SKV has visited both Bundaberg and Emerald Airports while flying through various parts of Queensland. 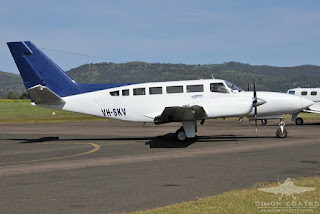 BPW Aviation trades as Airspeed Aviation and is an award-winning family owned business based at Scone Airport, with branches in Tamworth, Gunnedah and Narrabri.

Of interest, VH-SKV operated in Far North Queensland for some time with Cairns-based Skytrans Airlines before it transferred to West Wing Aviation when Skytrans was closed down in 2015. 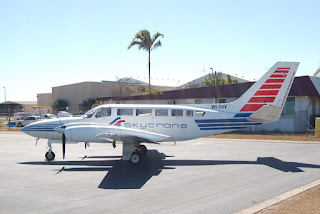 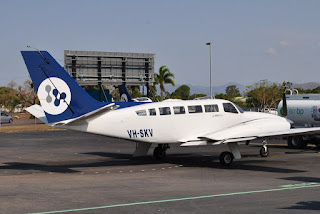 File photo taken by Simon Coates  ©
Posted by Damian F at 9:30 AM