Making a surprise but most welcome arrival into Bowen Airport on Saturday 7 January was Light Jets Australia Cessna 525 Citation CJ1 bizjet VH-TFW.  Local plane spotter James K captured a couple of photos after it touched down from Archerfield.  VH-TFW looked to be staying for at least the night. 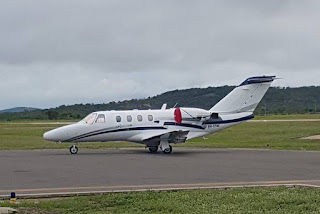 It was certainly a surprise to see it come to the Whitsundays given the rather inclement weather that is passing through the region at the moment. 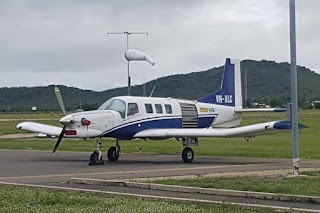 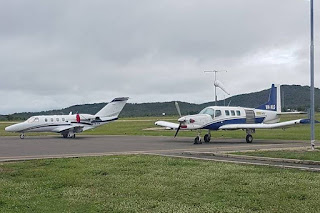 Airlie Beach Skydivers (WEBSITE HERE) has an office in Airlie Beach and busses thrill-seekers to Bowen to board their aircraft before jumping out over the beautiful Whitsundays including beach landings!