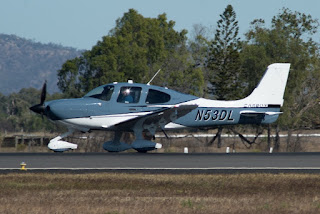 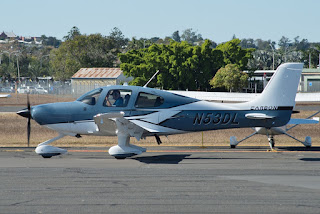 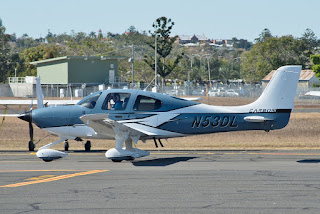 The American-registered turbocharged SR22T, N53DL, has previously been noted on display in all corners and the centre of Australia and seems to be currently based at the Ballina/Byron Gateway Airport in northern New South Wales.  It flew into there after concluding its display at the Rockhampton Aero Club. 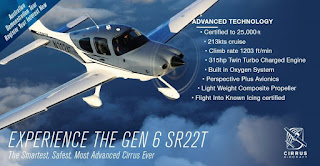 The Cirrus website suggests that N53DL will be on display at the Whitsunday Airport at Shute Harbour on Friday 23 August - watch this space!