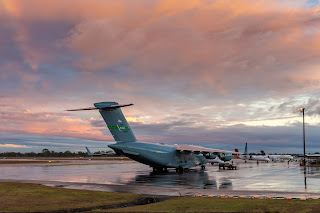 After spending the night parked on Gate 6 on the Southern end of the Rockhampton Airport, it was photographed above and below early on Wednesday 7 August. 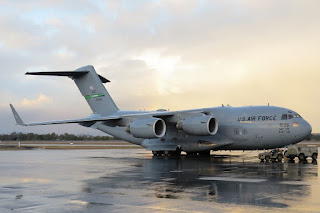 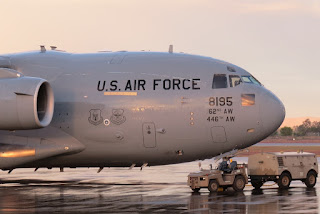 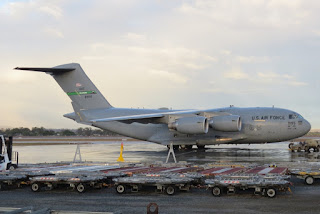 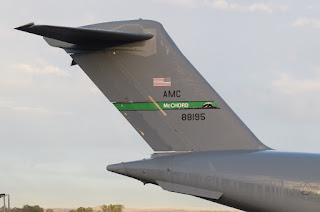 This Globemaster was reportedly scheduled and preparing for departure from Rockhampton Airport on Wednesday afternoon, however it appears to have developed a technical problem and was closed back up and left parked on Gate 6 for at least another night.  While not confirmed, reports suggest the crew were heard to report to local Air Traffic Control that "replacement parts" are required to get the Globemaster back in the air.

Sincere thanks to local plane spotters Steve V and 'IAD' for taking the time to capture and send through these great photos!