On Saturday 17 August, a nice surprise arrival into Rockhampton Airport with New Zealand-based JAK Air (of Rotorua) Learjet 60 bizjet ZK-JAK touching down from the Sunshine Coast. 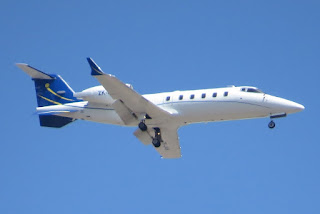 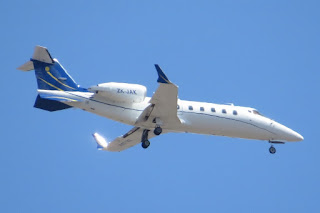 It had arrived into the Sunny Coast from overseas via Melbourne (Essendon) during the latter part of the week.

At the time of writing, it appears that ZK-JAK is staying at Rocky for at least the night.

Meanwhile, a slightly smaller corporate turboprop visitor to also call into Rockhampton Airport, also on Saturday 17 August, was Brisbane-based SOCATA TBM 700 VH-PGA.  It looked to visit from its Archerfield base.

Of interest, VH-PGA visited Bundaberg Airport also from Archerfield but on Friday 16 August.

Sincere thanks to local plane spotter Kayanne H for being at the right place at the right time and sending through these great photos!