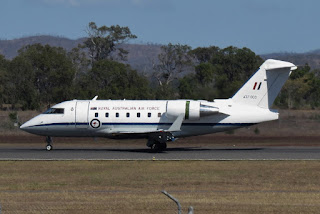 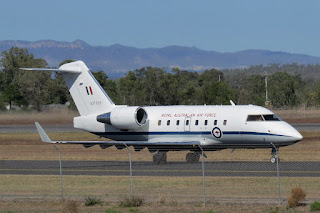 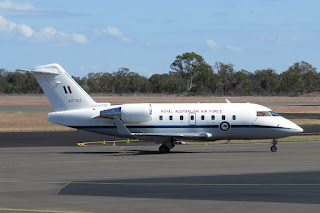 It had flown into the State capital the previous evening from Canberra.

It appears that the Challenger brought Australian Acting Prime Minister and Federal leader of the National Party of Australia Michael McCormack to town for a series of engagements. 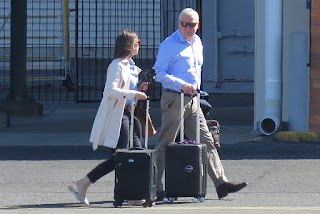 At the time of writing, the sleek bizjet of the RAAF's VIP 34 Squadron appears to be staying at Rockhampton Airport for the night.

UPDATE!  Indeed, A37-003 did stay for the night, and it departed to Maryborough Airport early on Thursday 15 August - see Blog post above!