I ventured to Emerald Airport on Monday 12 March, and managed to take a few nice 'night' photos just after the sun had set, at about 7.00pm. 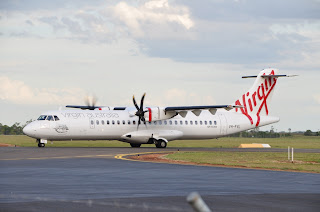 However, as it was preparing for departure, something went wrong, and all the passengers that had earlier boarded, were forced to get off the plane and return to the terminal. 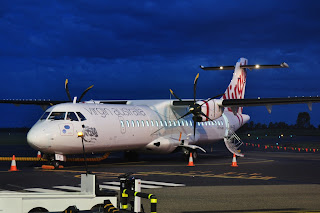 I believe that another ATR 72-500 - VH-FVH - was summonded to Emerald, and departed around as VOZ1262 at around 10.30pm to take the passengers to Brisbane. VH-FVH was noted on the Balus.info website just after midnight on Tuesday 13 March seemingly arriving into Brisbane. Meanwhile, VH-FVL was also noted arriving into Brisbane not long after on Balus.info, and I suspect that the aircraft had ferried from Emerald without any passengers on board.

Meanwhile, back at Emerald, Regional Express (REX) SAAB 340, VH-ZXS, made its almost daily fly-in fly-out (FIFO) flight from Brisbane as REX9752. It is pictured below after dropping its passengers off. As there was a parking bay shortage due to the broken down ATR, it was forced to taxi around Emerald Airport until its gate became available to park for the night. 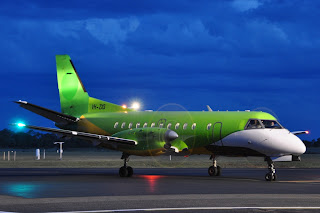 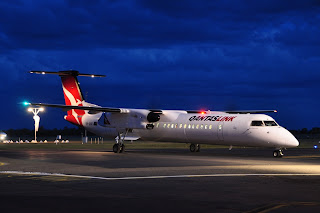 In all it was a great evening of photography!

A little earlier in the evening, a couple of light Cessna aircraft were noted parked on the light aircraft visitors parking area. Cessna 172 VH-MGL - wearing a 'Coo-ee Farms' sticker - was visiting from Kingaroy. 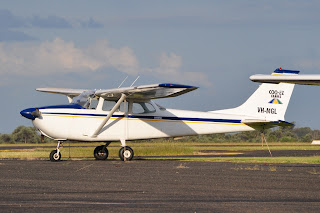 While Cessna 182 VH-JCU is registered to the Darling Downs Aero Club at Toowoomba. 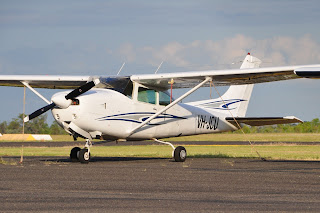 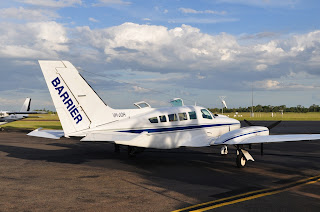