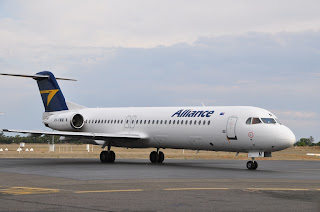 Also noted was F-100 VH-FKF, which positioned to Emerald before flying to Brisbane as UTY2241. VH-FKF is pictured later in the day at Rockhampton. 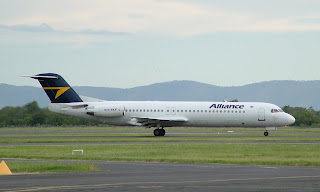 I also believe that F-100 VH-FKG operated UTY7656/7657 on another Brisbane to Emerald to Brisbane FIFO charter as well. That made three Alliance FIFO departures on Thursday.

There was also a Brindabella Airlines Metro charter to Emerald Airport on Thursday too, although I don't have a rego.

Lastly, Regional Express (REX) SAAB 340, VH-ZXS, also operated a FIFO flight from Emerald to Brisbane in the morning after arriving the night before. It is pictured at Emerald Airport earlier in the week. 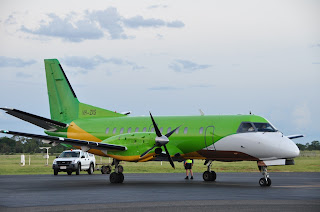