Before I went to work on Thursday 23 August, I spent about an hour at Mackay Airport.  Disappointingly, there wasn't much action in the air, with low cloud and fog causing delays in arriving traffic.  In fact, the only arrival I noted in my time there was Virgin Australia Boeing B737-800 VH-VUA which touched down on Runway 32 as VOZ601 from Brisbane. 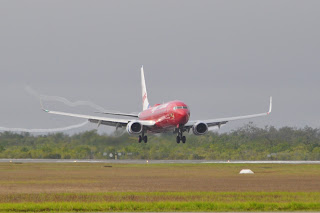 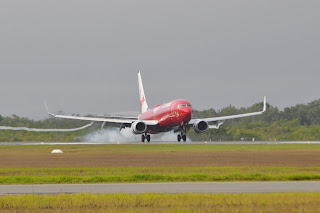 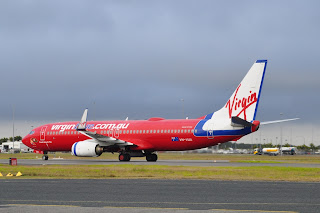 Shortly after I left, however, and typically (!) the cloud was clearing as I left, and I noted that there were several arrivals between 10-11am.  As the day went on, schedules were running as normal, until the late afternoon, when more fog rolled in virtually closing the Airport.

Spotted on the ground at Mackay Airport, parked in front of the Heli-Reef (Mackay Helicopters) Hangar was a pair of their Bell 206 helicopters - VH-COW and VH-CKU. 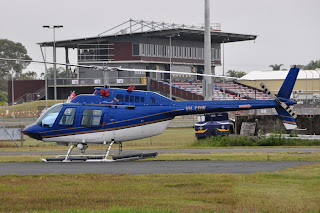 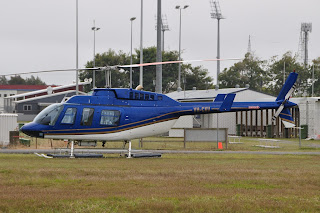 Meanwhile, on the General Aviation apron, I spotted a pair of Piper PA-28-161 aircraft wearing Mackay Aero Club titles - VH-FCR and VH-PCN.  Although only one of these Cherokees in used by the Aero Club, with VH-PCN currently registered. 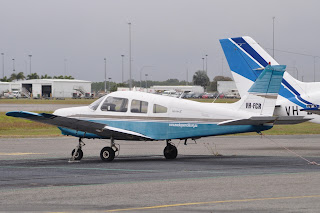 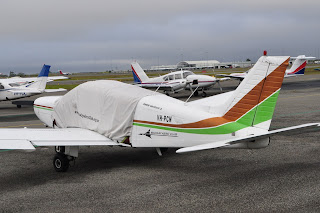 Lastly, as I was preparing to depart, Surveillance Australia / Australian Customs and Border Protection Service (Cobham Aviation) Dash-8-202 VH-ZZA was photographed departing for Cairns as "Customs 11". 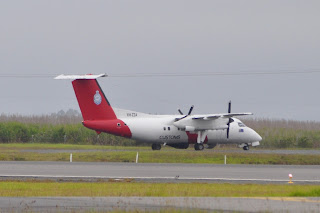 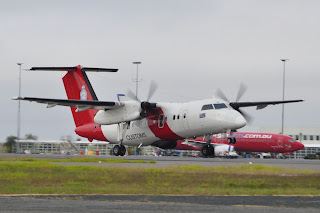