It's finally raining down the North and Central Queensland Coast, and that certainly put a dampener on my planned morning of plane spotting at Mackay Airport on Sunday 23 December.  Despite the rain however, I did manage to capture a few images of the morning's activities.

Soon after I arrived at Mackay Airport Tiger Airways Airbus A320 VH-VNC was photographed departing for Sydney as TGW387 "GoCat387". 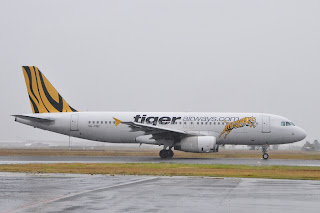 Later in the morning, sistership VH-VND was captured arriving into Mackay from Melbourne (Tullamarine) as TGW382. 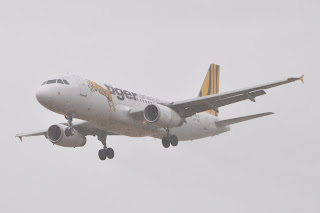 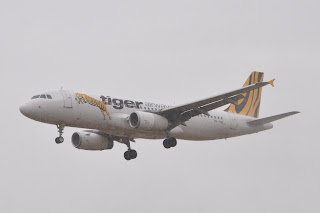 It's certainly great to see Tiger back in Mackay (and back in Central Queensland!) - let's hope CQ residents get behind them this time around! 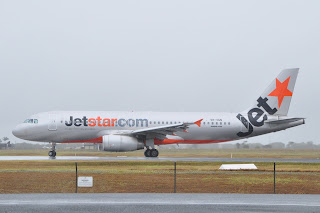 Virgin Australia Boeing B737-800 VH-YFI, pictured arriving in the rain from Brisbane as VOZ605. 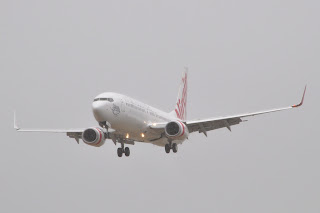 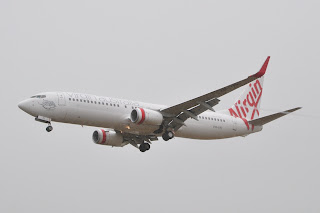 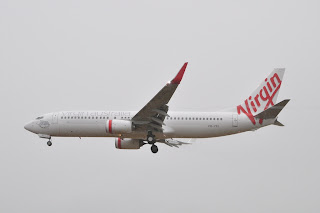 And QantasLink Dash-8-Q300 VH-SBG which is photographed departing for Rockhampton as QLK2301.  VH-SBG has been repainted into Qantas/QantasLink's new colour scheme and titles. 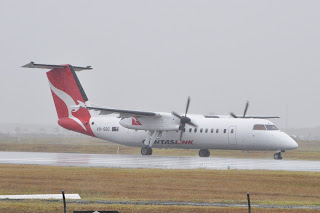 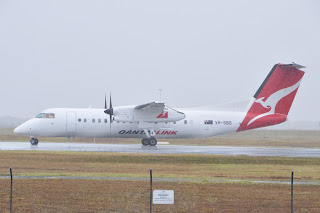 Most, if not all of Mackay Airport's resident tourist and charter helicopters were spotted on Sunday 23 December.

Whitsunday Helicopters is based in Mackay and has been servicing Central Queensland for nearly 20 years. They operate a wide range of services including predominately marine and shipping work, but also private and commercial charter and tourist work.  Pictured below is one of their two Aerospatiale AS.350BA Squirrel helicopters - VH-DKA.  The other is registered VH-HBZ. 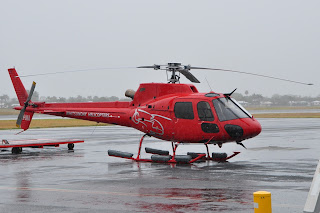 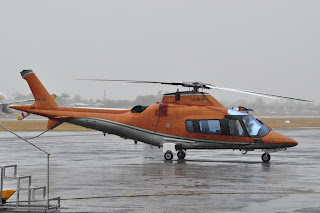 Mackay Helicopters - part of the Curry Kenny Aviation Group (Aviation Tourism Australia) - operates a fleet of mostly Bell Helicopters also on predominately marine and shipping work.  I was lucky enough to photograph five of their Bell helicopters on resting in the rain at Mackay Airport on Sunday 23 December.  These included Bell 206s VH-COW, VH-CKU, and VH-CKT. 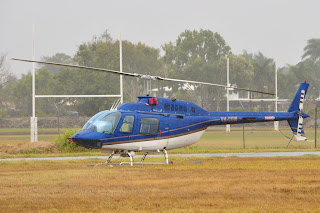 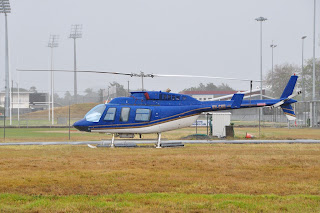 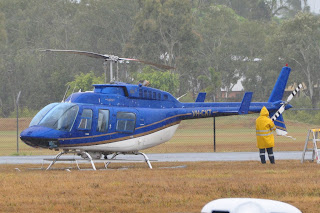 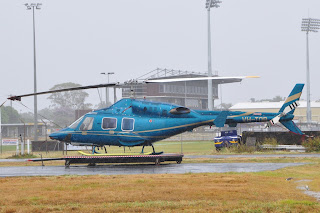 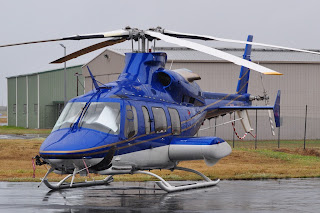 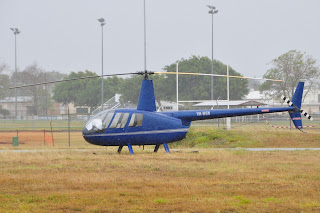 Anyone interested in more information on scenic flights over Mackay with Mackay Helicopters are urged to contact them directly, or visit their website HERE.
Posted by Damian F at 9:10 PM