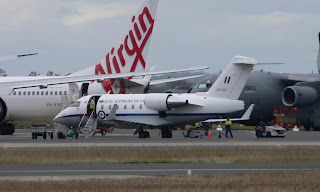 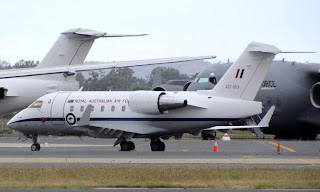 It is believed that the Challenger arrived from Gladstone - where it had overnighted after arriving from Canberra on Monday 29 July.  A37-003 departed Rockhampton for parts unknown.

Meanwhile, Don W captured an interesting image of the temporary maintenance 'tent' beside Rockhampton Airport's Runway 04/22 being dismantled.  It was erected by the Australian Army for servicing their helicopters during Military Exercise Talisman Saber 2013. 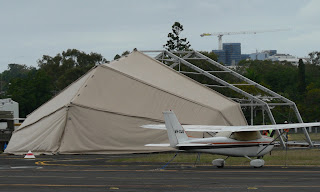 Thanks Don and Ben for these great captures!

Photos taken by Don Williams and Ben O'Dowd  ©
Posted by Damian F at 8:00 AM