On Thursday 29 September, Royal Australian Air Force (RAAF) Lockheed C-130J-30 Hercules A97-467 was spotted completing airwork around Mackay Airport - including an overshoot and a pair of touch-and-go's. 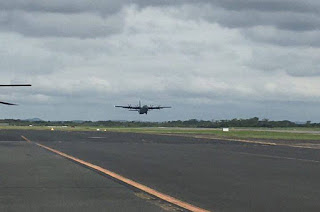 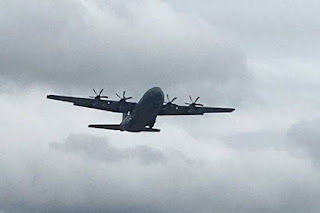 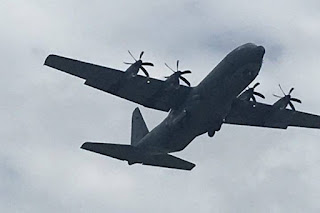 At the completion of its airwork, the Herc which is from the RAAF's 37 Squadron out of RAAF Base Richmond departed for Townsville.  A97-467 was noted using the radio callsign of "Ausy 734".