Over the last few days, we've been very fortunate to receive some great photos of two of the more recent QantasLink Dash-8-Q400 turboprops which have been re-painted into the new Qantas 'Silver-Roo' colour scheme - VH-QOY and VH-QOM.  Local plane spotter 'JM' was at the right place at the time right time and captured these photos as they visited Mackay Airport at different times late last week.

As we posted previously, VH-QOY emerged from the Flying Colours paint-shop in Townsville in late August and immediately visited Central Queensland Airports before it moved South and operated in New South Wales for a period of time.  As shown, VH-QOY was also named 'Port Augusta'. 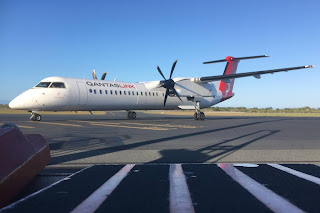 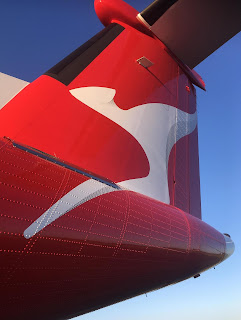 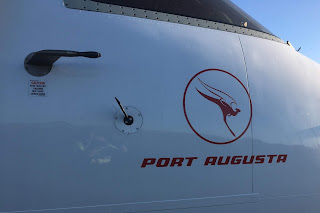 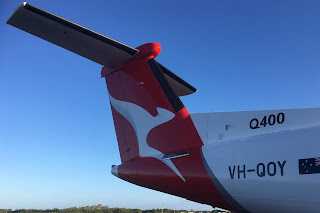 Fellow Dash-8-Q400 VH-QOM emerged from the paint-shop in early in September and almost immediately visited Central Queensland before it too moved South and operated in New South Wales for some time.  As shown, VH-QOM was also named 'Maitland'. 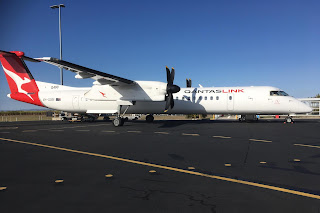 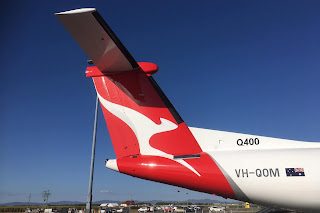 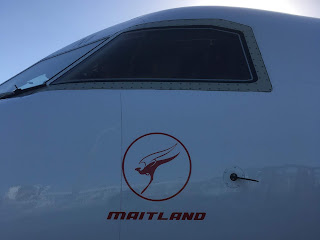 Both aircraft join several other Dash-8-Q400s in the new and updated Qantas livery and kangaroo logo, which was introduced to coincide with the introduction the Boeing B787 Dreamliner into service with the airline late last year.  They are becoming quite a common sight at most Central Queensland Airports.

Finally, as we've mentioned below, Dash-8-Q400 VH-QON recently emerged from the paint-shop in Townsville, while at the time of writing, it appears that fellow Dash-8-Q400 VH-QOJ is now in the paint-shop and will emerge and re-enter service this week.  It has been reported that sister-ship VH-QOH - which still currently wears its distinctive 'Breast Cancer Awareness' colours - will then be re-painted into the new Qantas/QantasLink livery.