On Monday 1 August, the same four Australian Army NH Industries MRH-90 Multi-Role Helicopters that passed through under the cover of darkness last week, passed back through Rockhampton Airport, this time heading back South from Townsville to Holsworthy Barracks near Sydney. 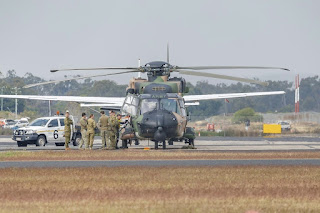 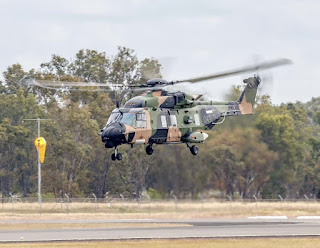 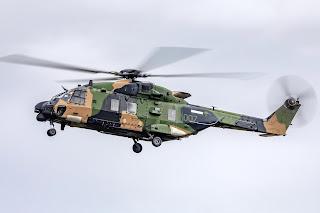 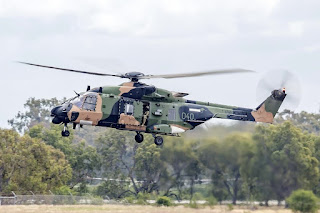 Each arrived from Townsville before then departing Rockhampton Airport for either Brisbane and Oakey before each continued to Holsworthy via either Coffs Harbour or Tamworth.

Meanwhile, also on Monday 1 August, Royal Australian Air Force (RAAF) Alenia C-27J Spartan transport aircraft A34-006 as "Kaos 47" flew up from RAAF Base Amberley to Bundaberg Airport where it completed a missed approach.  It then returned to Amberley via another missed approach at Kingaroy.
Sincere thanks to local photographer Steve V for allowing us to share these great photos!