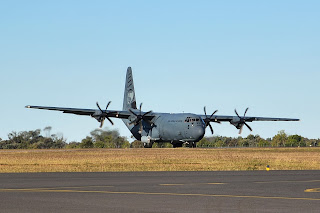 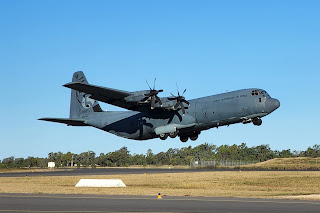 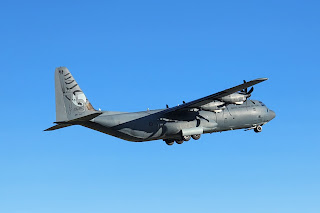 A97-447 was flying as "Trojan 06" and looked to depart Townsville and fly down to Moranbah Airport where it then flew very low-level around the back to Clermont, Capella and overhead Tieri before then being spotted completing a touch-and-go approach at Emerald Airport.
The Herc then flew down to complete more airwork at Taroom before then heading to RAAF Base Amberley.
All photos taken by 'AC'  ©
Posted by Damian F at 8:15 PM