Late on the night of Friday 8 July, a couple of Boeing B737's called into Rockhampton Airport. 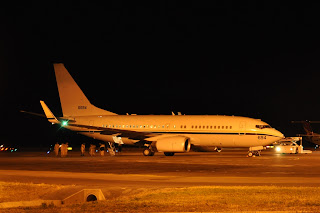 Also arriving and departing was Boeing B737-33A VH-NLK which is operated by Our Airline of Nauru (Nauru Air Corporation). The B737 was on charter and operated as RON901/902, using the callsign "Air Nauru". 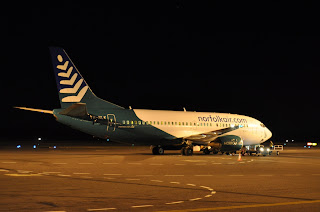 As shown above, the B737 carries the colours and titles of Norfolk Air (Norfolk Island).
Posted by Damian F at 3:41 PM