With Military Exercise Talisman Sabre 2011 starting in less than one week's time, it was a busy afternoon at Rockhampton Airport on Wednesday 6 July with both Royal Australian Air Force (RAAF) and United States Navy (USN) transport aircraft popping in for visits.

Firstly, RAAF Boeing C-17A Globemaster III A41-208 arrived and departed as "Stallion 13". It is pictured arriving at Rockhampton Airport just after lunch. 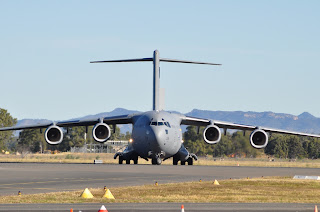 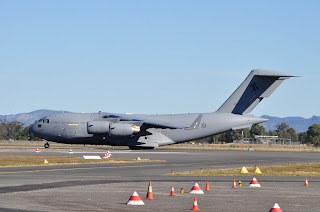 Later in the day RAAF Lockheed C-130H Hercules A97-006 arrived and spent about five minutes on the ground before departing as "Trojan 08". 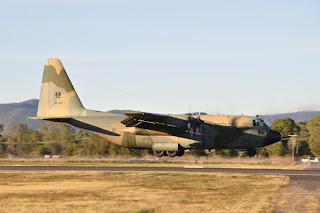 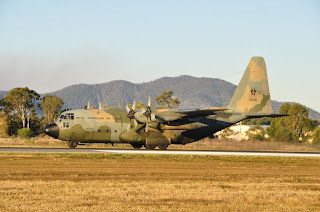 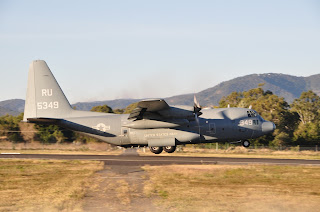 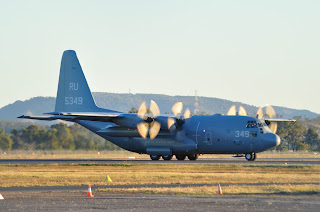 Also on Wednesday, there were several interesting helicopter movements with... 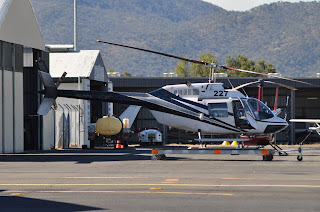 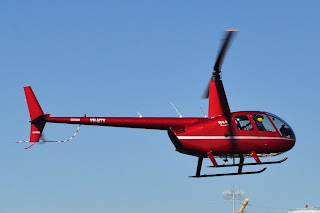 Stirling Helicopter Services of Theodore Robinson R-22 VH-XIB called into Rockhampton Airport for fuel before departing for its home town. 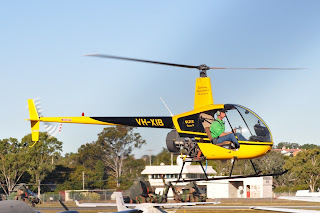 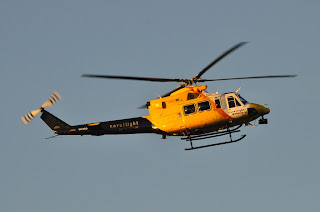 The action on Rockhampton is clearly hotting up!!
Posted by Damian F at 7:24 PM