I took a late trip to Rockhampton Airport on Thursday 7 July to see a Royal Australian Air Force (RAAF) Lockheed C-130J Hercules arrive to unload some cargo. The Hercules - A97-441 - used the callsign "Mambo 33" and is shown below parked on Taxiway Juliette 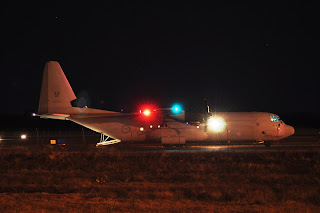 My Late night visit also revealed that the World Airways McDonnell Douglas MD-11(ER) N277WA that arrived earlier in the day is still parked on the Southern end of the Airport apron (Gate 6) as shown in the photo below. 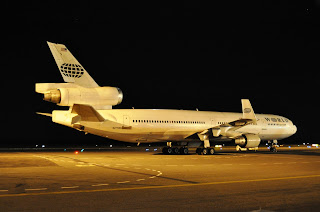