Sunday 17 July - Well today was the day - the United States Air Force (USAF) mass parachute drop over Central Queensland occured West of Rockhampton this morning. This will hopefully be the start of a lot more 'action' as Exercise Talisman Sabre 2011 continues over the next two weeks.

Unfortunately, for spotters and visitors to Rockhampton Airport, the drop went perfectly and the four USAF Boeing C-17A Globemaster III aircraft that were involved bypassed Rockhampton and landed at Amberley Airforce Base near Brisbane. However, one of the C-17s involved ended up making an appearance at Rockhampton Airport late in the afternoon. 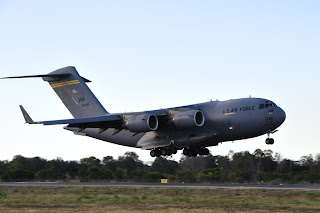 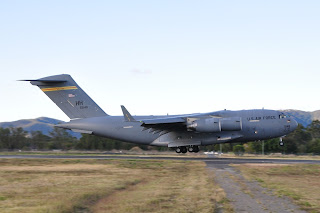 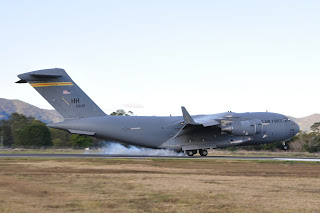 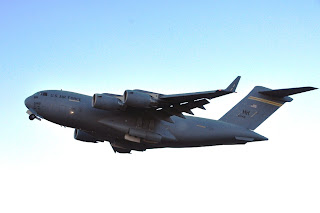 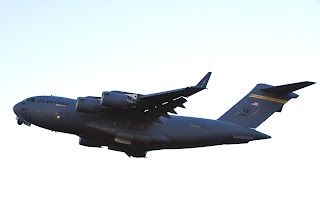 Another interesting USAF aircraft in the form of Lockheed MC-130P Hercules 69-5832 was believed to have visited Williamson Airfield - which is with the Shoalwater Bay Training Area - this afternoon. The Hercules was using the callsign "Warrior 10" and arrived from and departed to Richmond Air Force Base, West of Sydney. 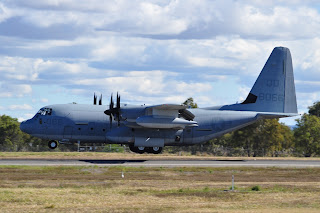 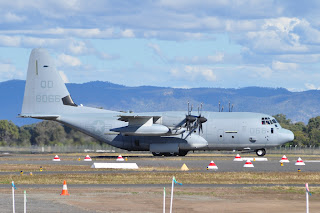 Of the Australian Defence Forces, most movements were again from the numerous helicopters parked at Rockhampton Airport. There was one exception though, with Royal Australian Navy (RAN) Sikorsky S-70B/SH-60 Seahawk N24-016 arrived from and departed to the South as "Tiger 85". 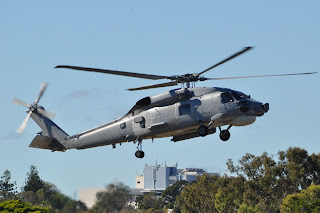 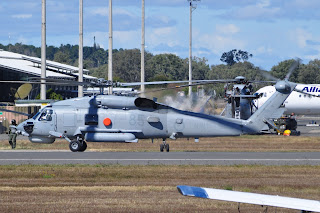 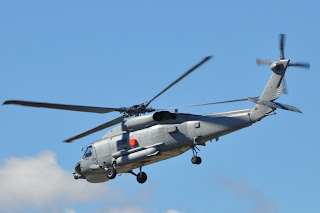 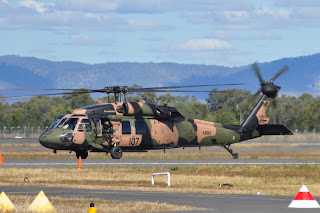 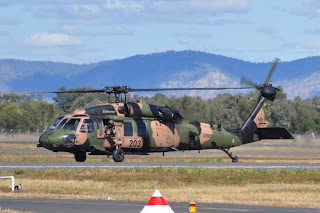 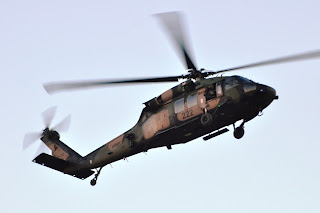 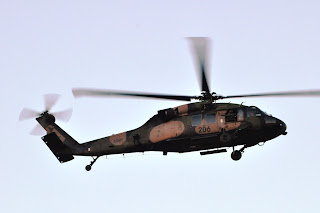 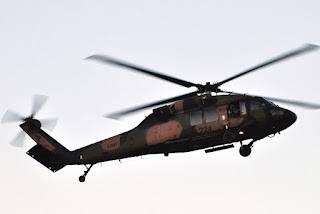 Lastly, there were a couple of notable civilian movements at Rockhampton Airport on Sunday 17 July as well. 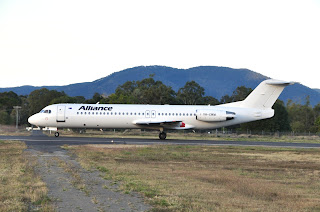 The aircraft flew to Brisbane with its gear lowered and locked and maintained a lower and slower cruise.

Meanwhile, pictured below shortly after it touched down is Bell 212 PK-IWU. The big Huey certainly made an impression after it arrived with a several Australian Army personnel noted having a look over the chopper. 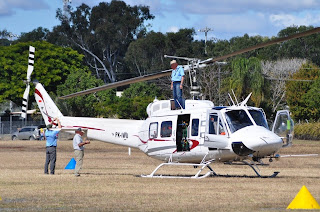 After taking on fuel, it departed to the North.
Posted by Damian F at 7:36 PM