It's been a relatively quiet start to Exercise Talisman Sabre 2011 at Rockhampton Airport this week. Ben O has been at the Airport this week and provides a snapshot (or two!) of the action so far.

On Monday 11 July, most of the action was confined to the Australian Army helicopters that have been parked at Rockhampton Airport.

Eurocopter EC665 (ARH) Tiger and Sikorsky S70A-9 Blackhawk helicopters were noted flying sorties out of the Airport. One Blackhawk, A25-212, was photographed receiving some attention - note the full protective suit, while A25-203 was noted operating circuits around the airport from a temporary landing site on the other side of Rockhampton Airport. 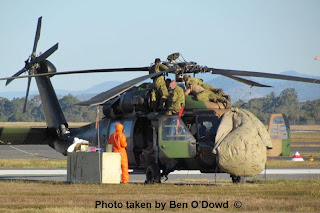 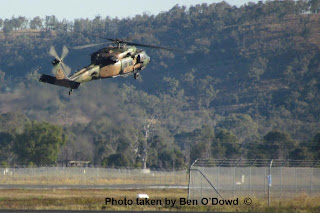 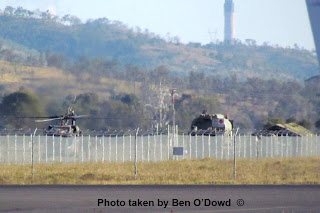 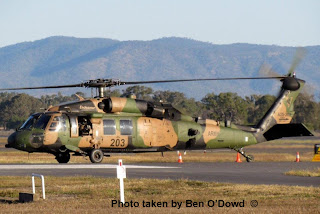 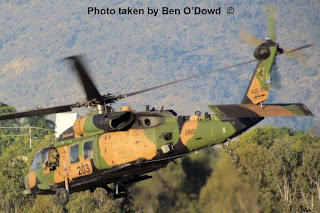 Meanwhile, arriving into Rockhampton Airport during the afternoon was Australian Army Commonwealth CA-32 (Bell 206B/OH-58A) Kiowa helicopters, A17-028 and A17-032. 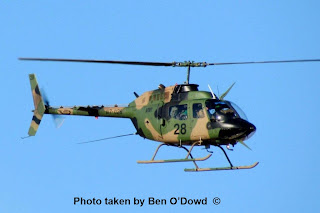 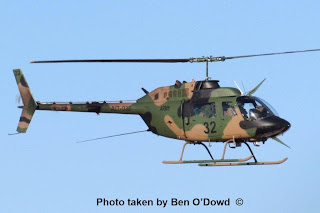 On Tuesday 12 July, there was yet again a lot of helicopter movements, but there was a couple interesting fixed wing movements during the day. 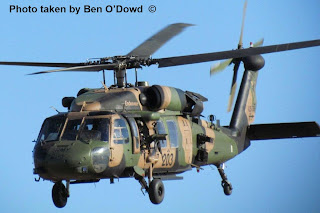 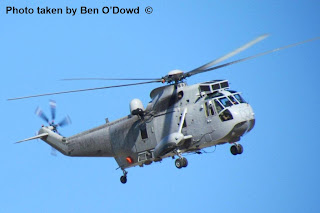 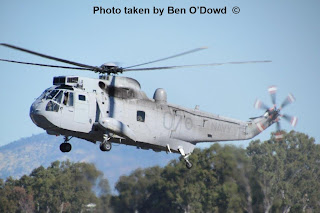 There was also some winching practice performed by Blackhawk A25-112. 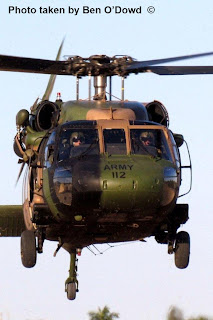 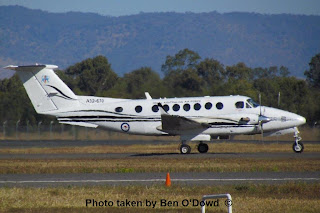 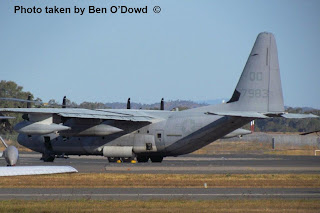