While most other troops were out in Rockhampton enjoying their downtime after the successful completion of Military Exercise Talisman Sabre 2011, another load of personnel departed Rockhampton Airport late on Friday 29 July.

Our Airline (Air Nauru) Boeing B737-3YO popped in and departed to the South as RON903. 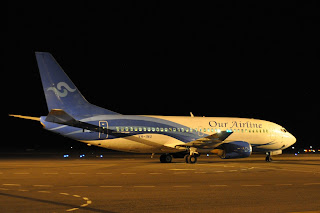 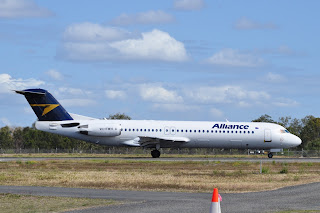 Also on Saturday, Sikorsky S70A-9 Blackhawk helicopter A25-215, which suffered an engine failure while departing Rockhampton Airport recently, emerged and underwent an engine run test after receving a new engine over the last couple of days. 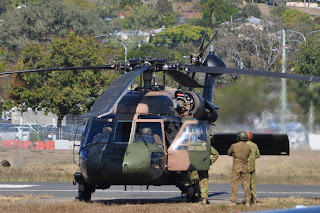 The other Blackhawk helicopter currently at Rockhampton Airport, A25-205, took to the air briefly as "Warhorse 205". 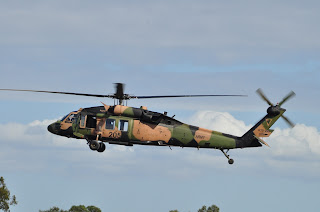 On the civil side of things, an interesting arrival into Rockhampton Airport on Saturday 30 July was Gippsaero GA8-TC-320 Airvan of the Mission Aviation Fellowship (MAF). 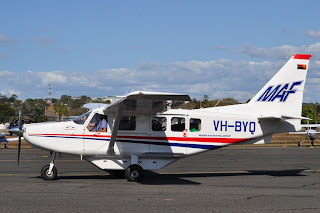 The Airvan, registered VH-BYQ, is a brand new Australian-built aircraft and is presently on an Eastern Seaboard Tour to allow MAF to show the aircraft off.
Posted by Damian F at 5:54 PM