After a pretty slow start to the day's action, the afternoon of Friday 8 July saw a couple of lovely fixed wing movements and no less than 12 Australian Army Sikorsky S-70A-9 Blackhawk helicopters either arrive and stay, or pass through for fuel, at Rockhampton Airport. 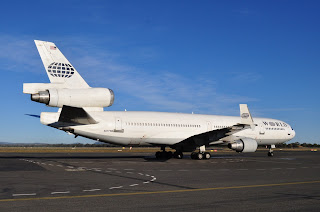 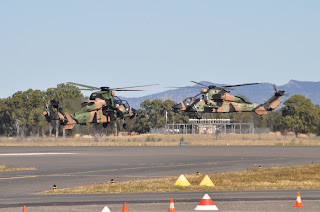 Another Tiger left shortly after as "Marlin 13". 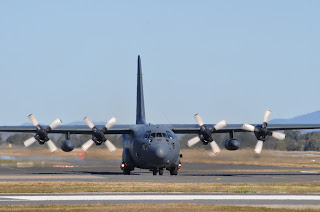 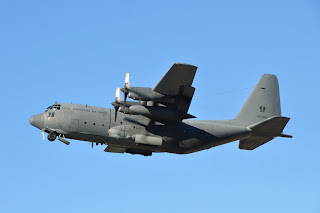 One of the highlights for the day however arrived as the sun was setting, with United States Marines (USMC) Gulfstream C-20G (Gulfstream IV) 165153 touching down on Rockhampton's Runway 15 as "Ghost 53". 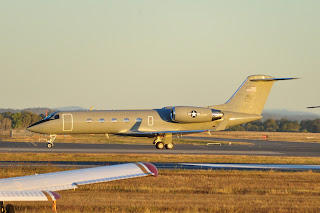 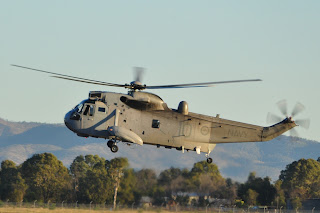 Lastly, throughout the afternoon around a dozen Australian Army Sikorsky S70A-9 Blackhawk helicopters arrived at Rockhampton Airport, with most staying for night, and some departing after taking on fuel. Some of these choppers are pictured below... 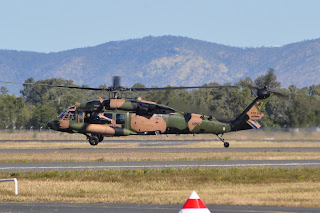 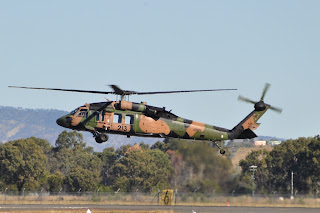 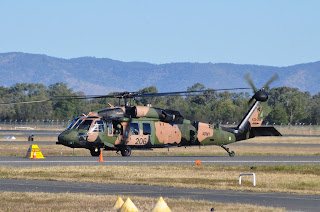 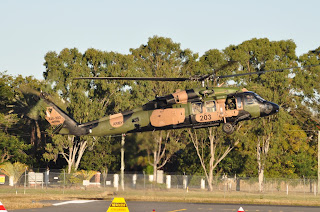 At the end of the days spotting, both side of Rockhampton's cross-runway 04/22 were full the Tiger and Blackhawk helicopters taking up all the available parking spaces!
Posted by Damian F at 8:00 PM