The recent security breach at Rockhampton Airport, where an Australian Army Eurocopter EC665 Tiger (ARH) helicopter - believed to be A38-006 - was allegedly damaged by a peace protestor, have lead to speculation in national media that the Army has relocated most of its helicopters to a landing site within the secure Shoalwater Bay Training Area.

A spokesperson for the Australian Army has denied these claims, saying that the helicopters were moved to different locations as a part of the Exercise, and this was planned long before last week's incident.

Suffice to say, there has been very little activity at Rockhampton Airport over the last couple of days, with only the occassional Royal Australian Navy (RAN) Westland Mk.50A Sea King and Sikorsky S-70B/SH-60 Seahawk noted popping in and out.

The scenes of the once full helicopter parking areas (above) are currently a thing of the past!

About the most exciting recent movement occurred on Monday 25 July, when Royal Australian Air Force (RAAF) Lockheed C-130H Hercules A97-007 was noted departing. 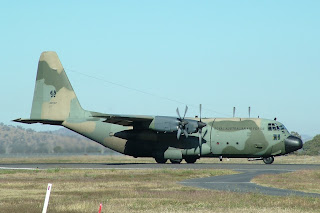 There was also a nice non-military visitor on Sunday 24 July, with Gulfsream G-IV bizjet, N810LP, of TAG Aviation, noted arriving and departing twice during the day. We thank Don W for providing the following photo. 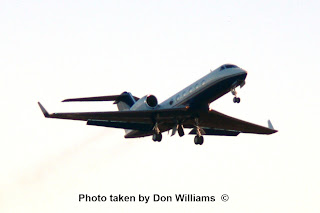