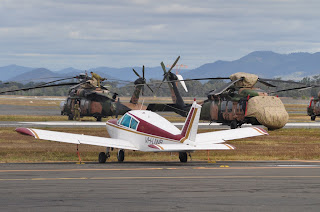 Under gloomy skies, there were a couple interesting charter arrivals at Rockhampton Airport on Saturday 16 July.

Around lunchtime, Boeing B737-3YO VH-INU, which is operated by Our Airline of Nauru (Nauru Air Corporation) arrived and departed. The B737 was on charter and operated as RON901/900, using the callsign "Air Nauru". 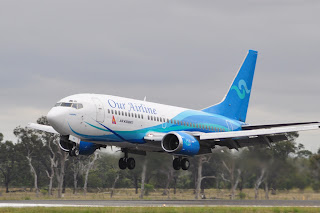 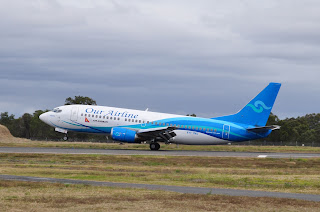 The aircraft features the lovely blue colour scheme of Our Airline, and also features the titles of Air Kiribati. 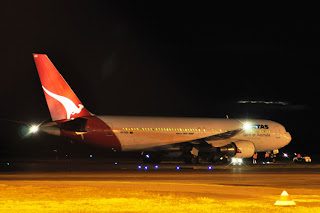 Unfortunately, due to a broken down Alliance Airlines Fokker F-100 VH-XWM (pictured below) blocking the 'usual' heavy jet Gate 6, the B767 was forced to park on Taxiway Julliete at Rockhampton due to other taxiway restrictions. 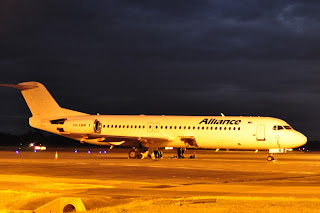 Of the military aircraft movements on Saturday 16 July, there was a spectacular departure of a flight of five Australian Army Commonwealth CA-32 (Bell 206B/OH-58A) Kiowa helicopters to Shoalwater Bay as "Redback Black". The five Kiowas are pictured below departing in front a good crowd of interested spectators along Canoona Road. 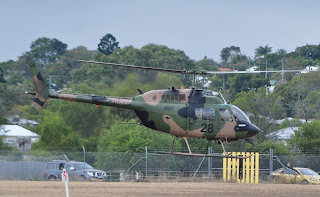 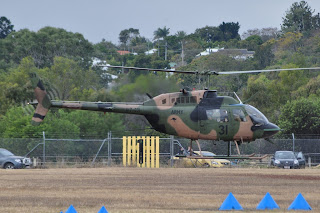 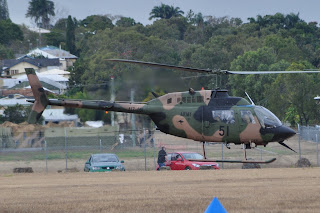 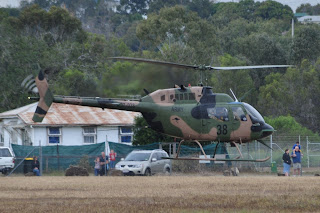 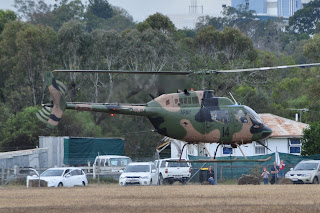 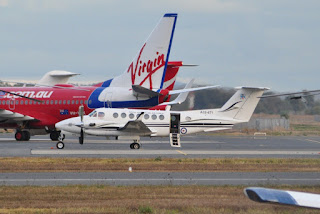 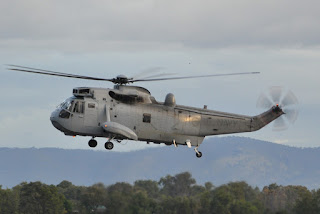 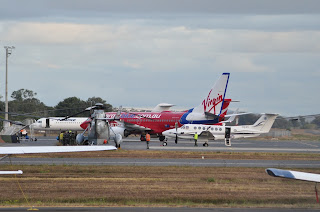 As the photos show, it was certainly a busy airport with these military arrivals coinciding with the usual commercial movements.
Posted by Damian F at 7:12 PM