We spent a night in Mackay this week and of course, we paid Mackay Airport a visit.  In fact, we stayed at Mackay Airport at the Ibis Mackay which is situated right across the road from the Mackay Airport terminal building so plane spotting was a breeze! 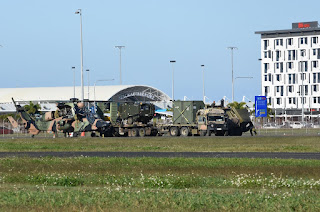 As shown above on Tuesday 3 July, perhaps the most visitor for me was parked on the Western General Aviation Apron (WGA) in the form of Australian Army Eurocopter (ARH) Tiger Armed Reconnaissance Helicopter A38-020 which appears to have suffered an engineering issue and was unable to leave Mackay Airport. 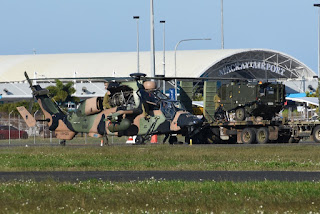 Several Army Tiger ARH helicopters were noted and spotted passing through Mackay Airport over the weekend, returning to Townsville following their participation in the recently completed joint Military Exercise Hamel 2018 which was held in the Shoalwater Bay Training Area (SWBTA).


Nearby to the Tiger, Australian Army NH Industries MRH-90 Multi-Role Helicopter A40-020 was parked and appeared to being personnel down from Townsville to work on the Tiger. 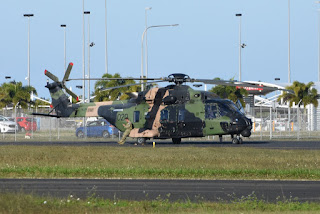 A40-020 was seen to depart back to Townsville after the sun went down flying as "Warhorse 243".

On Wednesday 4 July, another Army MRH-90 flew into Mackay Airport with A40-017 spotted on final approach from Townsville as "Warhorse 207". 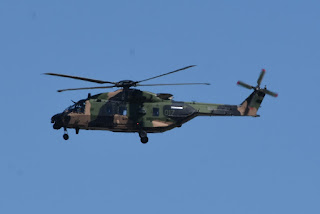 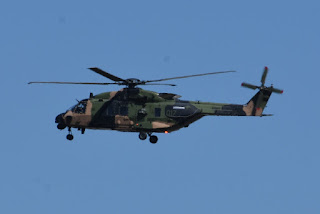 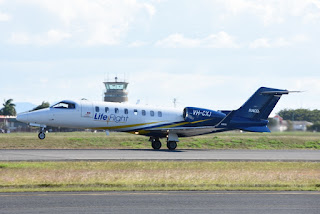 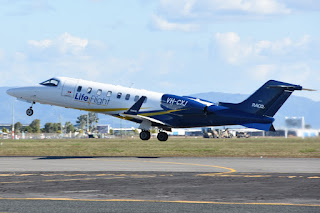 It had recently arrived from Brisbane.

Spotted from the Ibis hotel, Virgin Australia Boeing B737-800 VH-VOL was photographed departing Mackay Airport for Brisbane as VOZ616. 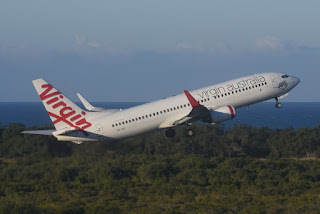 While Virgin Australia Boeing B737-700 VH-VBZ was photographed arriving into Mackay Airport from Brisbane as VOZ621. 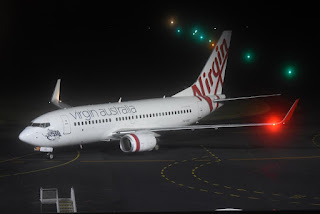 Then early on Wednesday 4 July, Jetstar Airways Airbus A320 VH-VFL was spotted arriving from Brisbane as JST886.  It returned to Brisbane soon after as JST887. 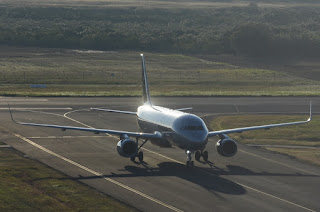 Of interest, it appears that Jetstar is operating additional flights to Mackay Airport (like this) and to Proserpine (Whitsunday Coast) Airport from and back to Brisbane during these school holidays.
Posted by Damian F at 8:56 PM