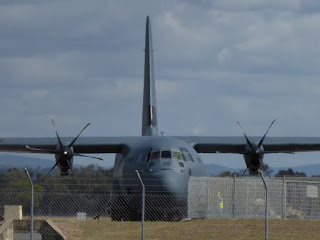 It looked to fly up from RAAF Base Richmond and was heard to be using the radio callsign of "Trojan 03". 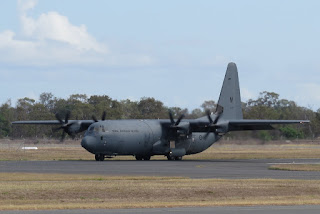 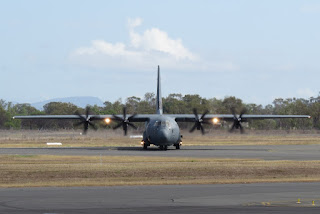 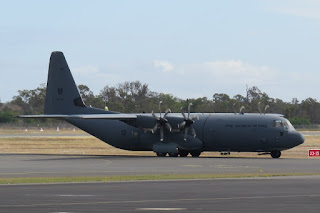 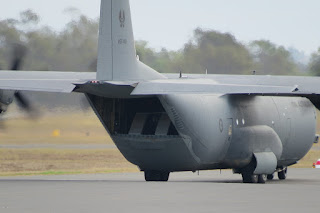 A97-449 appeared to collect a load of equipment with the local aviation rescue and fire fighting (ARFF) services on standby. 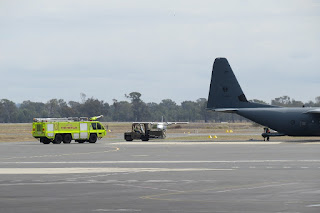 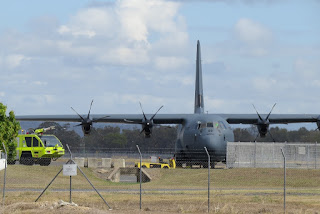 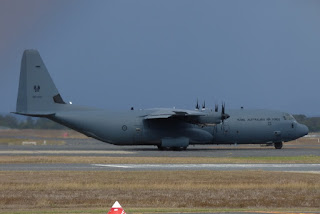 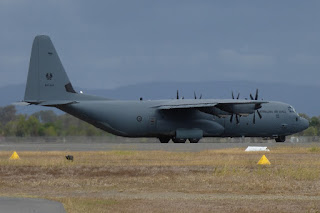 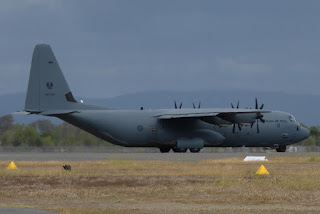 Meanwhile, down the road at Gladstone Airport, also on Monday 2 July, RAAF Boeing B737-7ES / E-7A Wedgetail Airborne Early Warning & Control (AEW&C) aircraft A30-004 was noted completing a missed approach.  It looked to fly up from the South and then depart to RAAF Base Williamtown as "Wedgetail 01".  It is assumed that due to passing storms at Rocky, the Wedgetail completed its airwork at Gladstone.