On Tuesday 17 July, QantasLink Dash-8-Q400 VH-QOV emerged from the Flying Colours paint-shop at Townsville and was almost immediately noted visiting Central Queensland Airports wearing what is believed to be its new 'Silver-Roo' colour scheme. 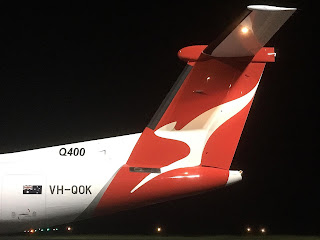 It was noted making an early evening arrival into Moranbah Airport on the QLK2593 closed Fly-in Fly-out (FIFO) charter flight from Cairns.  It then departed to Brisbane operating as QLK769 which is another closed FIFO charter flight.

VH-QOV then visited Emerald, Bundaberg, Rockhampton and Mackay Airports on Wednesday 18 July before finishing its day back in Cairns where it now appears to have commenced operating from.

At the time of writing, we are unable to confirm the name the VH-QOV has been given (if any).

UPDATE!  It is believed that VH-QOV now wears the name 'Ballarat'.

Meanwhile, over the course of this week, the previous QantasLink Dash-8-Q400 to emerge from the paint-shop has been spotted at both Mackay and Emerald Airports (amongst others in CQ). 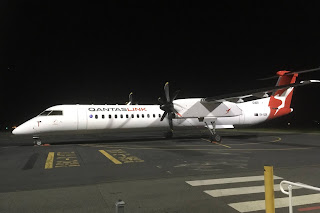 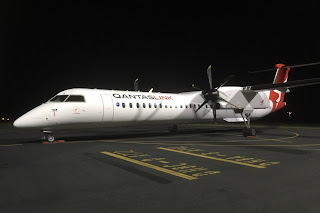 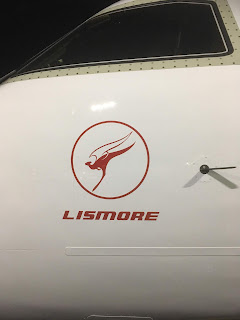 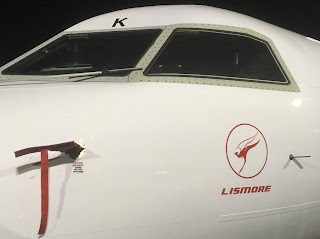 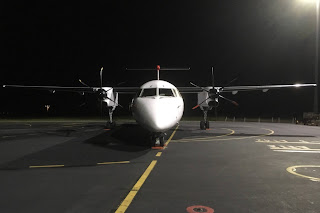 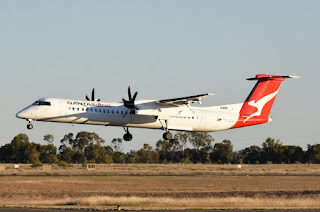 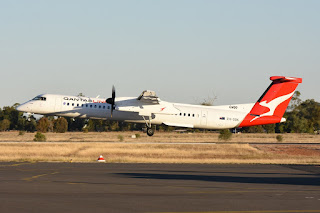 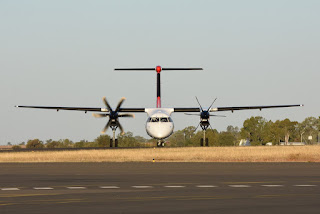 As we reported below, VH-QOK emerged from the Flying Colours paint-shop at Townsville Airport earlier in the month, joining seven other Dash-8-Q400s in the new and updated Qantas livery and kangaroo logo, which was introduced to coincide with the introduction the Boeing B787 Dreamliner into service with the airline late last year.  VH-QOK was also named 'Lismore' as shown above.