Now that joint Military Exercise Hamel 2018 has concluded, the visiting United States Army (US Army) troops have commenced their journey home on Friday 6 July with Omni Air International Boeing B777-2U8(ER) N846AX touching down at Rockhampton Airport from Dallas-Fort Worth via Guam as OAE302. 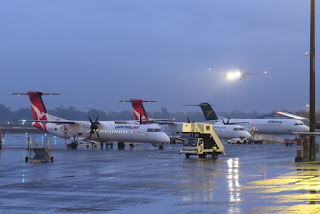 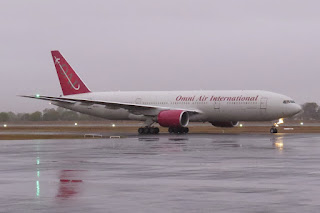 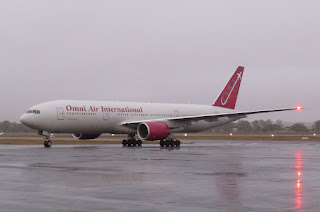 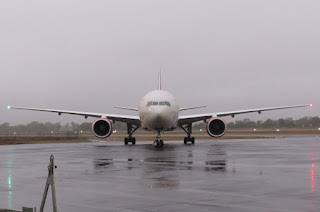 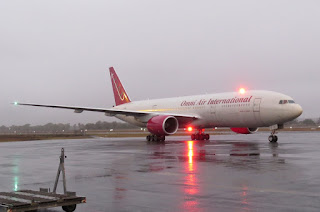 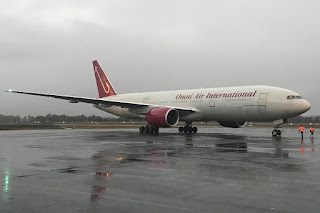 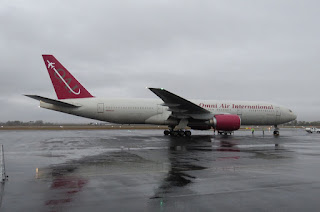 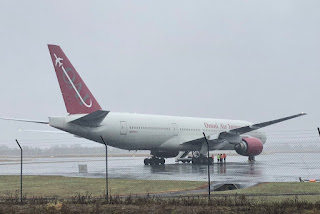 After loading a full flight of personnel and their bags and equipment, N846AX made a spectacular departure - in terrible weather conditions - back to Guam again as OAE302.


As we posted at the beginning of the Exercise, the personnel are of the 76th Infantry Brigade Combat Team ("Night Hawks") of the United States Army National Guard based in Indiana.

At the time of writing, N846AX has departed Guam for Honolulu (Daniel K Inouye International) Airport.

Of interest, N846AX was acquired by Omni Air International in 2016 after it was operated for almost a decade by Kenya Airways as 5Y-KYZ.

Word around the Airport suggested that this aircraft or another Omni Air International heavy jet will be back in Rocky possibly as early as midday on Saturday 7 July.  Watch this space!

Sincere thanks to local plane spotters 'IAD' and Daniel B who braved the adverse weather and captured these great photos and video!

Photos and video taken by 'IAD' and Daniel Bishop  ©
Posted by Damian F at 8:44 PM