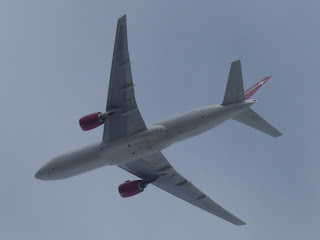 After making a quick and spectacular exit from Runway 33, N819AX taxied in and parked on Gate 6 on the Southern end of the Rockhampton Airport parking apron. 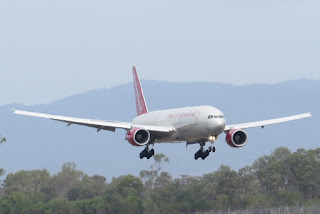 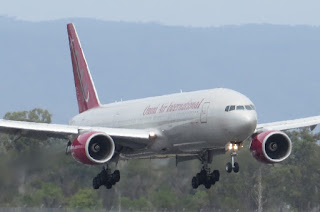 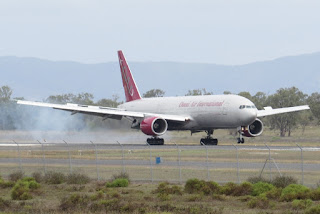 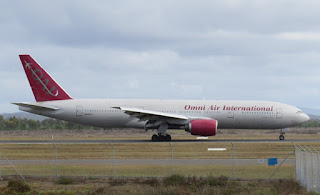 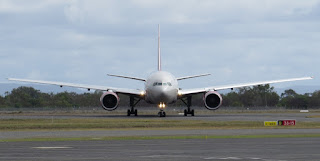 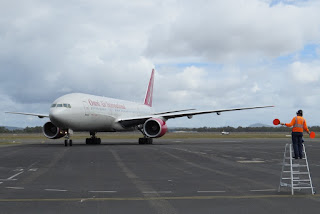 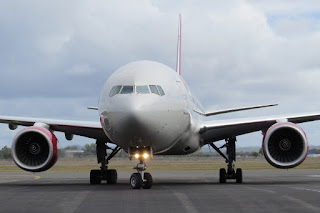 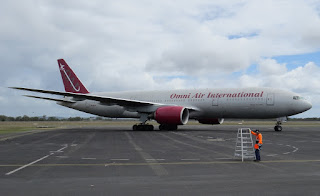 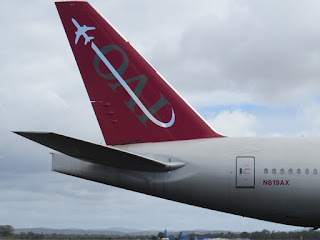 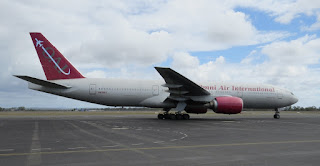 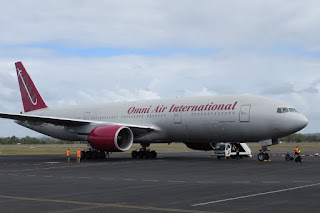 Like the visit of sistership N846AX the previous day, it is believed that the Omni B777 will be transporting the visiting United States Army (US Army) troops home following their participation in Ex Hamel 2018.

After loading a full flight of personnel and their bags and equipment, N819AX departed back to Guam again as OAE303. 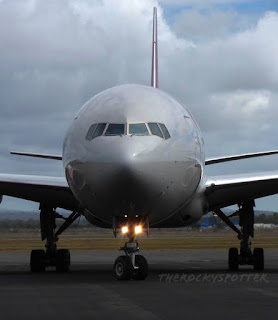 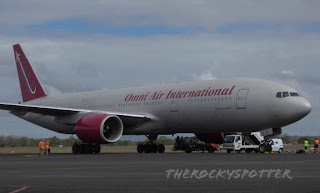 As we posted at the beginning of the Exercise, the personnel are of the 76th Infantry Brigade Combat Team ("Night Hawks") of the United States Army National Guard based in Indiana.

At the time of writing, N819AX has departed Guam for Honolulu (Daniel K Inouye International) Airport.

Of interest, N819AX was acquired by Omni Air International in 2016 after it was operated for over a decade by Kenya Airways as 5Y-KQU.

Sincere thanks to local plane spotters Jaxson W and Kayanne H for taking the time to capture and send through these great photos!

Photos taken by Jaxson White and Kayanne Hardsman  ©
Posted by Damian F at 8:02 AM