A Busy Morning at Emerald Airport on Tuesday

It was  a cold and crisp morning at Emerald Airport on Tuesday 7 August, and things were certainly quite hectic in the couple hours after dawn.

QantasLink Dash-8-Q400 VH-QOS was spotted parked on Gate 2 - this aircraft seemingly stayed overnight after arriving in the early evening on Monday 6 August. 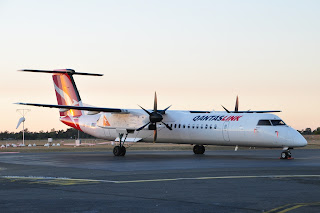 VH-QOS departed emerald for Brisbane mid-morning as QLK2671. It then turned around and operated a scheduled device back to Emerald from Brisbane, and is shown below preparing for departure back to Brisbane as QLK2413. 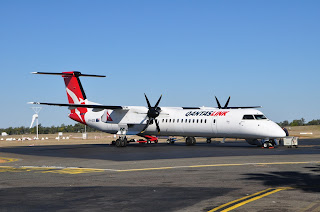 Photographed operating into Emerald on behalf of QantasLink was Alliance Airlines Fokker F-100 VH-FWH.  It is pictured arriving early in the morning as QLK2400. 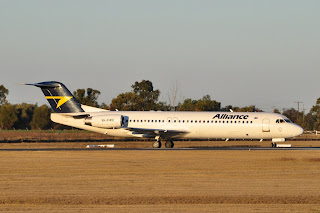 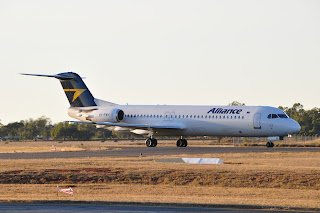 It later departed as QLK2401.  VH-FWH was noted operating back to Emerald later in the day. 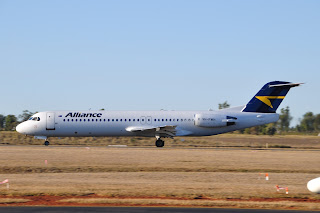 Also spotted were a pair of Virgin Australia (Skywest Airlines) ATR 72-500 Aircraft with VH-FVI pictured arriving in the morning from Brisbane as DJ1256. 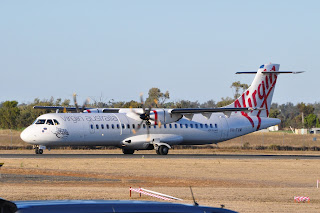 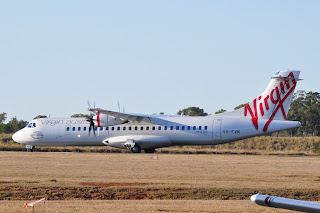 Meanwhile VH-FVM is shown departing in the early afternoon as DJ1260. 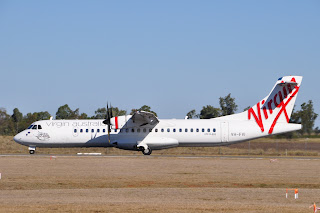 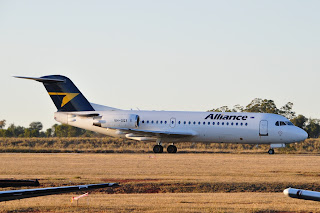 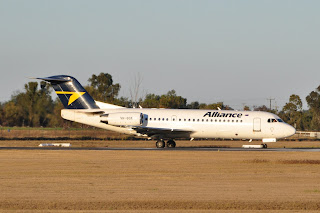 VH-QQX later returned to Emerald from Brisbane as UTY400 which was another FIFO charter that operates from and back to Brisbane each Tuesday.

Also spotted on a FIFO flight into Emerald on Tuesday 7 August was KJM Contractors' Raytheon B200 King Air VH-KMS which is shown arriving from Brisbane. 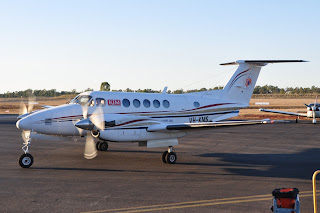 VH-KMS also made a flight to Clermont, and later returned to Emerald, again arriving from Brisbane.

Fugro Spatial Solutions - an aerial survey company - had two of its survey aircraft at Emerald Airport. Beech B60 Duke VH-KPB was noted departing, while Cessna 404 VH-AZU is pictured below parked on the General Aviation visitors area. 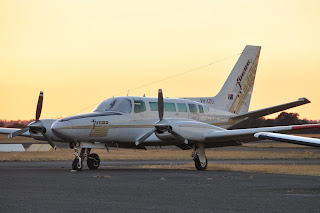 Another aerial survey aircraft in the form of Bayswater Road's Reims F406 VH-LAA was also spotted. It departed mid-morning but returned later. 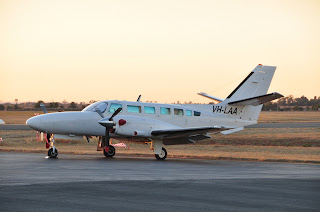 Lastly, a pair of Royal Flying Doctor Service (RFDS) King Air aircraft were noted, with Roma-based Raytheon B200 VH-FDZ arriving again as it does most Tuesdays. VH-FDZ parks for the day while it's passengers perform their medical duties in town. 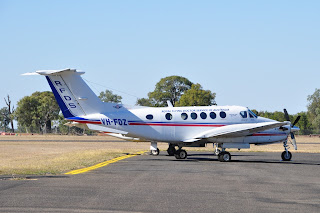 Also spotted in the afternoon was Hawker Beechcraft B200 VH-FDI which was performing a patient transfer to Blackwater and then Rockhnapton. 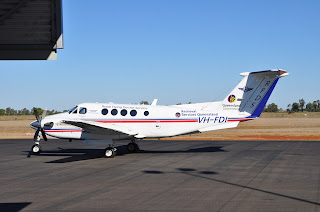