On the morning of Monday 20 August, I travelled to the Whitsunday Airport at Shute Harbour in an attempt to see the Roulettes, who were expected to arrive late morning.  As shown below in the Blog Post below, they actually arrived from Rockhampton in the late afternoon, after performing a spectacular show over Airlie Beach.

Anyway, I was allowed to have quick look inside the Heli-Biz building and hangar at the Airport.  Heli-Biz operates as one of the main sales agents for Robinson Helicopters in Australia, and during my brief visit, their engineers were busily preparing two recently arrived brand new R-66 helicopters.

Shown below - and fresh out of the shipping container from the United States of America - is the prospective VH-MAT. 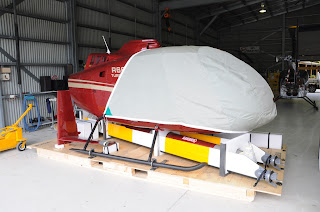 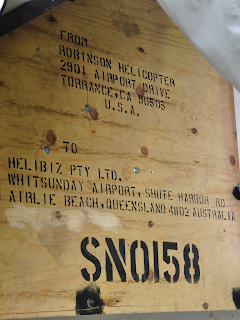 Meanwhile, almost fully assembled, and preparing for certification to fly was R-66 VH-JRX. 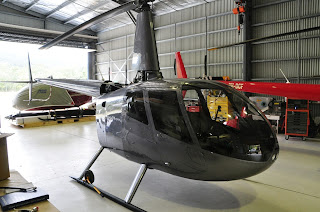 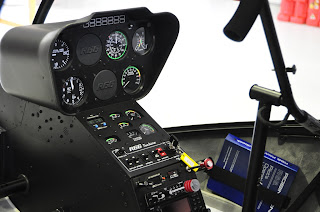 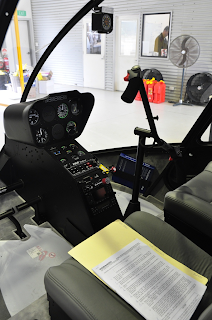 The Roll-Royce 250-C300/A1 engine was most impressive compared to the other resident R-44 choppers' Textron Lycoming engines in the hangar. 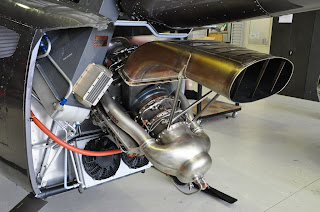 As I left Heli-Biz, I grabbed a quick photo of R-22 VH-NZM and R-44 VH-KHM which were parked together in the showroom in the Heli-Biz building. 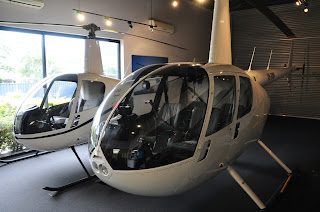 Very nice - my thanks to Heli-Biz for the quick tour!

Outside in the gloomy weather at the Whitsunday Airport, I spotted GSL Aviation's Cessna 210 VH-FOC and Gippsland GA-8 Airvan VH-URB, which was preparing for departure on a passenger transfer to Hamilton Island. 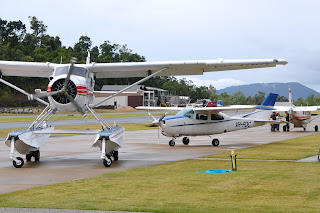 VH-URB is pictured shortly after making a spectacular departure off Runway 14. 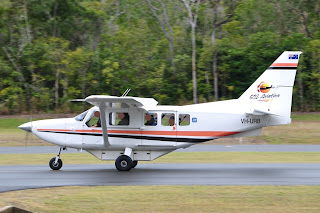 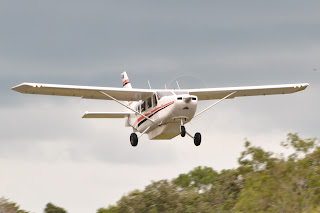 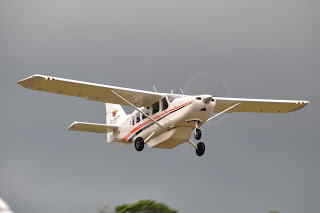 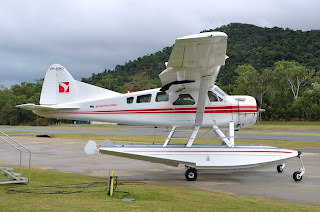 If you missed it, I have recently posted a TRIP REPORT of a recent scenic flight that I took with Air Whitsunday Seaplanes - you can access it HERE.

Lastly, Hamilton Island-based Robinson R-44 VH-HIH arrived and was shortly after towed into a hangar at the Airport. 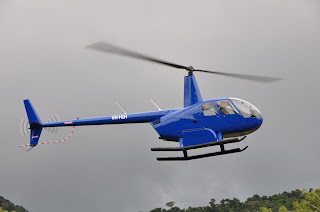 Shortly after, we decided to head home to Clermont, but on the way, we stopped in at Proserpine / Whitsunday Coast Airport, where I spotted a couple of resident light aircraft. 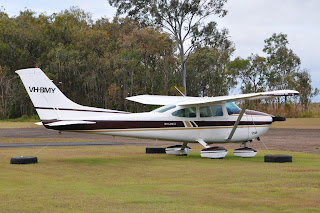 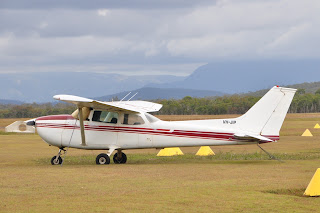 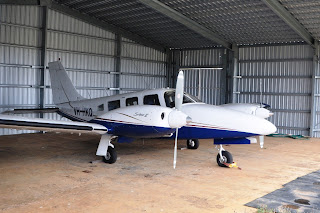