A Couple of Lazy Afternoons at Emerald Airport This Week

I spent a couple of afternoons at Emerald Airport this week.  Here is a selection of some of the commercial and charter movements that I noted on each visit. 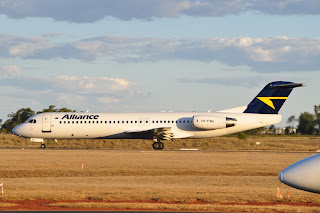 A little earlier - before I arrived at the Airport - another Alliance F-100 VH-FKD arrived from and departed back to Brisbane on a fly-in fly-out (FIFO) charter as UTY4580/4851.  This particular charter operates every second Monday, and seems to have a 'return' charter each alternating Thursday that operates from Cairns to Emerald to Brisbane.

Another regular - weekly - FIFO flight into Emerald Airport is operated by Barrier Aviation each Monday, arriving from Cairns and departing to Innisfail.  On Monday 13 August, this flight was operated by Cessna 402C VH-VDK. 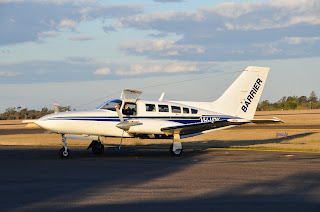 Dromahair (based at Tamworth in New South Wales) operates SOCATA TBM 700 VH-ICA which is also shown at Emerald Airport on Monday 13 August.  Later in the week, it departed Emerald for Mount Isa, and then returned to Central Queensland, being noted at Moranbah and Mackay Airports. 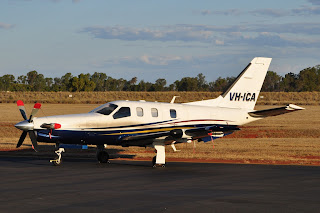 On Wednesday 15 August, I spent a only a few minutes at Emerald Airport, but in that time, managed to capture a couple of interesting light aircraft. 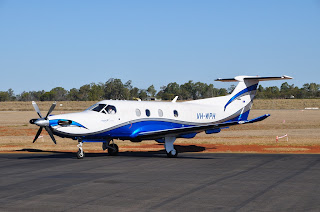 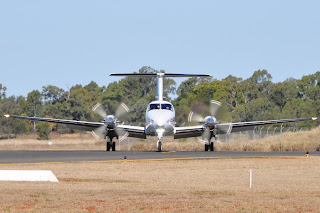 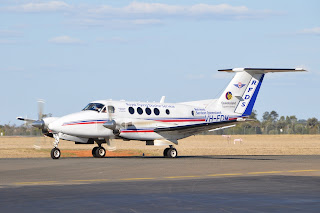 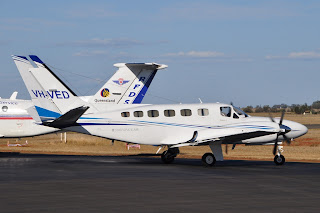 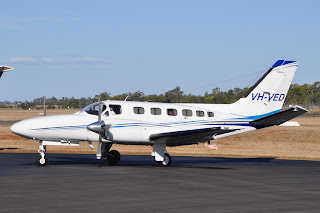 Also spotted was an aircraft that is usually a familiar sight at Mackay Airport - Piper PA-31 Navajo VH-DEP - which I spotted operating on freight runs for Advance Aviation this week between Mackay and Emerald. 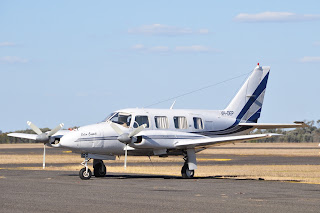