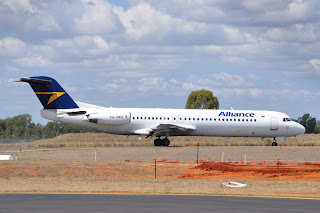 After receiving maintenance on the ground at Emerald, VH-XWQ positioned back to Brisbane late on Sunday 23 September as UTY991.
Posted by Damian F at 11:11 PM