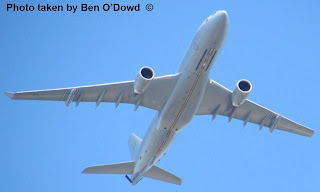 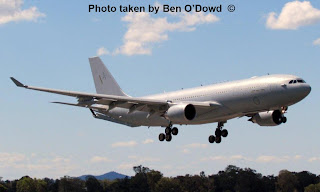 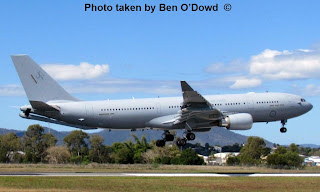 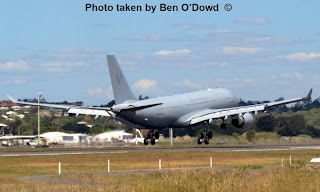 Ben O was on hand and sent through some absolutely spectacular photos as A39-003 arrived and departed Rockhampton using the callsign "Dragon 01". 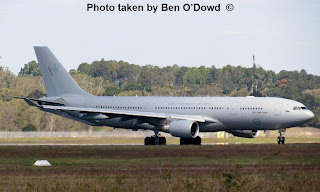 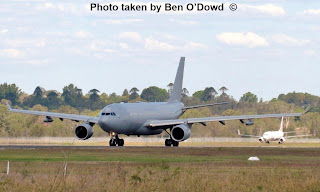 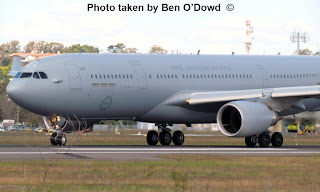 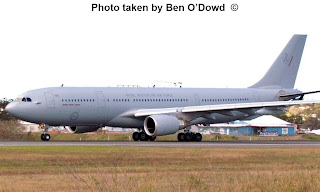 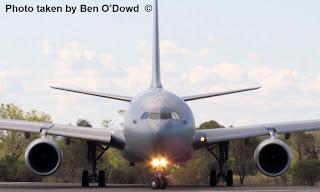 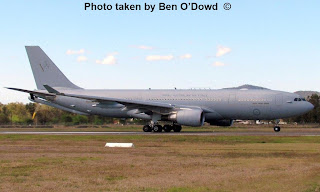 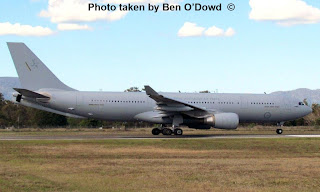 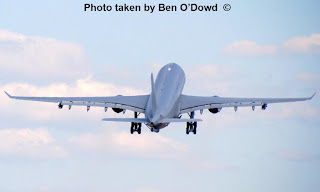 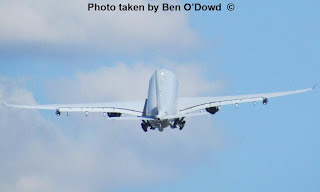 Another highlight on Monday 3 September was the arrival into Rockhampton Airport of Singapore Flying College Cessna 510 Citation Mustag bizjet VH-SQJ.  These cute little training aircraft have been absent from flying out of their Sunshine Coast base for some time.  It was great to see VH-SQJ at both Rockhampton and Mackay Airports on Monday. 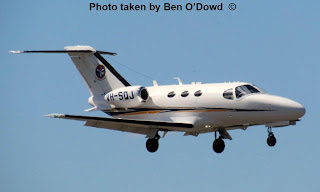 Hopefully spotters get to see more of these little bizjets in the coming weeks!

Virgin Australia (Skywest Airlines) recently delivered ATR 72-600 VH-FVP was also caught by Ben O on Monday 3 September as it performed yet another training flight through Rockhampton Airport.  Over the last week or so, VH-FVP has made several flights out of Brisbane to Rockhampton and then either the Sunshine Coast or Hervey Bay. 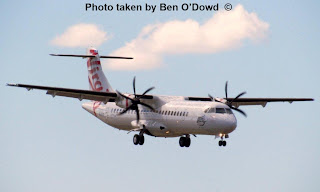 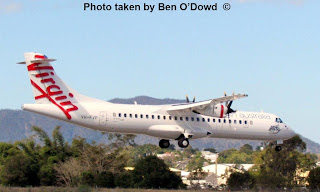 There are reportedly 10 of these ATR 72-600 aircraft on order for Skywest Airlines to operate for Virgin Australia.

Lastly, Ben O sent through a couple of photos of Virgin Australia's Boeing B737-800 VH-YIF as it operated into Rockhampton from Brisbane as VOZ1243 on Monday 3 September. 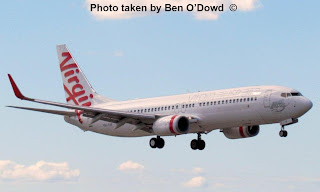 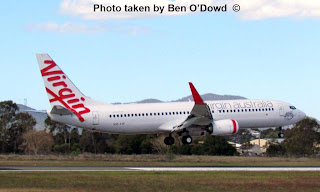 VH-YIF is a fairly recent acquisition for Virgin Australia, and it great for Central Queensland plane spotters to keep catching these nice new aircraft!

Thanks Ben for the great photos!
Posted by Damian F at 8:03 PM