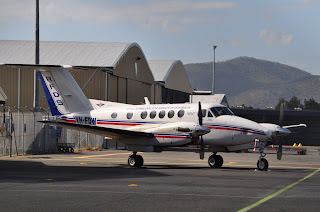 The pilot elected to return to Rockhampton where the Queensland Fire and Rescue Service was notified. The aircraft land without incident, and VH-FDW returned to the air the next day.
Posted by Damian F at 6:50 PM